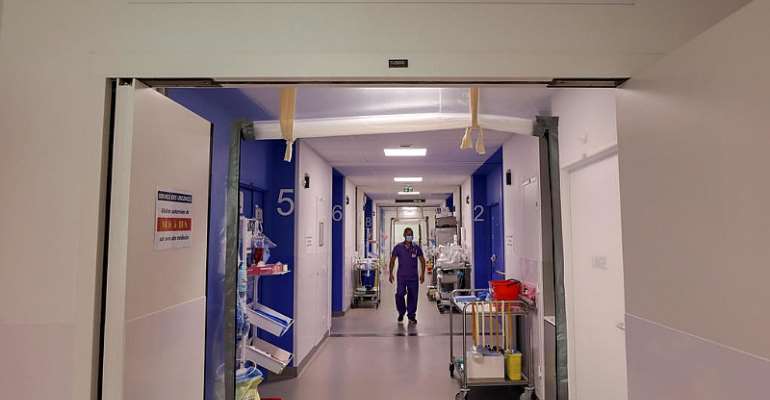 Health agency figures showed France's Covid-19 epidemic continued to accelerate as new restrictive measures were to come into effect in large cities including Paris on Monday. Government ministers said the priority was to avoid a new general lockdown.

“We are doing everything we can to prevent a new general confinement,” even though “with this virus, we are ruling nothing out,” Environment Minister Elisabeth Borne said Monday.

Official figures posted Sunday reported 11,123 new cases within the previous 24 hours, slightly down from the previous day's number but consistant with a trend that has seen the average number of new Covid cases per day climb from 10,000 to more than 12,000 in a week.

National health agency Santé Publique France reported an 7.4 percent of tests came up with positive results over the previous week, an infection rate that has grown since dipping to a low point around 2 percent in July.

The toughest restrictions were around the southern city of Marseille, which is experiencing the worst resurgence of cases and where restaurant and bar owners were unhappy about being ordered to close shop for at least a week.

Some critics said the new measures did not go far enough towards a goal of avoiding an epidemic on the scale of the first wave of infections in late winter and early spring.

Borne was the second cabinet minister to speak of a new lockdown within 24 hours, after Health Minister Olivier Véran said Sunday he did “not want to reconfine the country”.

“We want the French people to spend their year-end holidays with their families. To plan a three-week confinement seems to be based on prediction,” Véran said. “I am not looking ahead two months, but from one day to the next.”

On average, health agencies have been reporting 600 new hospital admissions and just over 100 new intensive care cases per day over the past week. As of Sunday evening, there were 6,253 people in hospital, with 1,118 in intensive care, well below peak numbers in April.

Twenty-seven new in-hospital deaths were reported on Sunday, lower than the current daily average of about 48. France's overall offical Covid-19 mortality toll, which includes deaths in hospitals and care homes for the elderly, is 31,727.

“The virus is quickly circulating once again,” Gilles Bloch, president of the French National Institute of Health and Medical Research (INSERM), said Monday, adding it was “no less dangerous than it was in springtime.”

While the situation facing hospitals was serious, Bloch said medical teams had learned much from the first wave of infection.

“The probability that a patient admitted to hospital requires intensive care has been divided by two,” Block said. “We have greatly improved the care we provide.”