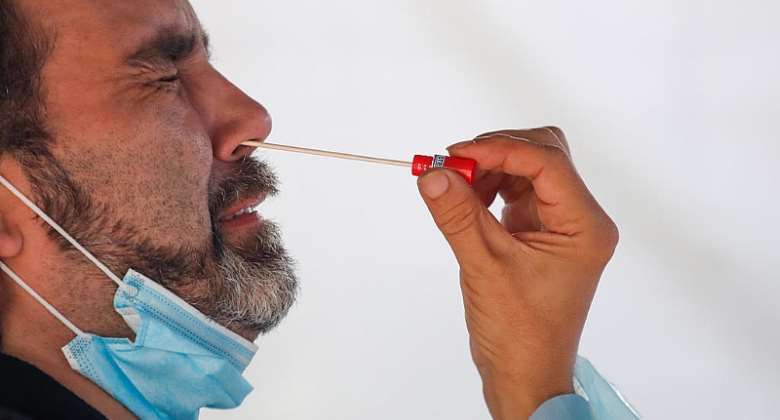 France on Friday reported 15, 797 new cases of the coronavirus in 24 hours. It was slightly less than the previous day's record of over 16,000 infections but serious enough to prompt health officials to confirm an upward trend in Covid-19 and could add weight to calls for stricter measures.

Fifty-six people died of Covid-19 in a single day in France on Friday, four more than the day before.

The number of people who have now died from the virus now stands at 31,661, representing a death rate of 150 – triple the daily levels of the past week.

Daily Covid-19 deaths however still lag behind new infections, with France recording nearly 150,000 new Covid-19 cases in the past two weeks, compared to the 132,000 recorded during the two-month lockdown in the spring.

The country registered 15,797 new confirmed cases on Friday, just shy of a daily record of 16,096 set a day earlier.

The news came as fresh restrictions to curb the outbreak were due to come into force.

France has already made wearing masks compulsory in public places – indoors countrywide as well as outdoors in hard-hit areas like Paris.

Unpopular move
It has also forced bars and restaurants in “maximum alert” zones such as Marseille and Guadeloupe to shut.

The measures have angered residents in Marseille who demonstrated on Friday against what they described a "sanitary dictatorship".

But with more than 500,000 confirmed cases and over 31,600 deaths to date, French authorities insist the tighter restrictions are necessary.

“I am fully aware that some of these measures are controversial”, sparking worry “and even anger”, but “they are not arbitrary", Health Minister Olivier Veran told reporters Friday during a visit to Marseille.

“We cannot allow ourselves to dither,” he said.
Nevertheless, restaurant owners were given an extra 24 hours before closing their businesses for two weeks, after the government delayed shutdown orders until Sunday.

Hospital capacity
With new cases surging, concern is growing about whether hospitals will be able to cope with a second wave since dmissions have started to rise again after being contained during the March-May lockdown.

The amount of people in hospital with Covid-19 has continued its steady ascent of the past month, rising by 97 to 6,128, with the number of people in intensive care up by 50 to 1,098.

Both hospital numbers though are still well below their highs of more than 32,000 and 7,100 respectively set during the peak of the crisis in April.