Refuse To Bow To Or Worship The Devil And His Agents 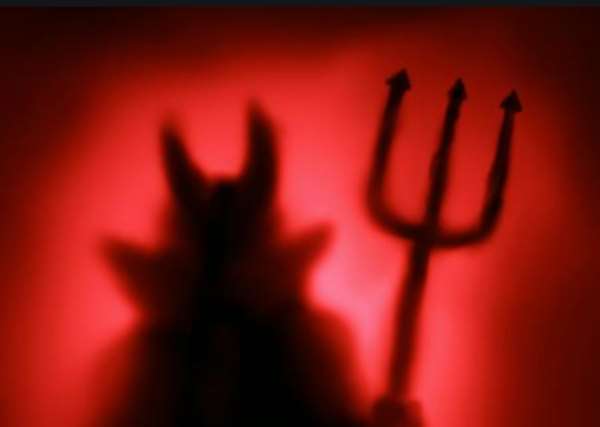 “If we are thrown into the blazing furnace, the God we serve is able to save us from it, and he will rescue us from your hand, O king. But even if he does not, we want you to know, O king, that we will not serve your gods or worship the image of gold you have set up.” (Daniel 3:17-18 NIV).

Nebuchadnezzar, King of Babylon, was a stubborn king. He thought he had a bright idea to make an image of gold for all his people to worship. The image of gold measured ninety feet high and nine feet wide (or 27 meters high and 2.7 meters wide) (Daniel 3:1). The king issued a decree that anytime the people heard the sound of a horn and other instruments, they were required to fall down and worship the image. Anyone who refused to fall down and worship the image was to be thrown into a blazing furnace.

Standing in the king’s way of achieving total obedience of worshipping the image of gold were Shadrach, Meshach, and Abednego, three Jewish young men who were taken into captivity from Israel and brought to Babylon (Daniel Chapter 3). Under the recommendation of Daniel, another Jewish captive, the king had appointed the three men as administrators of the province of Babylon.

Nebuchadnezzar was stubborn because he was well aware of the power of the God of Israel whom Daniel and the three men worshipped. Earlier, the king had a dream and Daniel was the only person who could interpret it for him. At that time, the king said to Daniel: “Surely your God is the God of gods and the Lord of kings and a revealer of mysteries, for you were able to reveal this mystery” (Daniel 2:47 NIV). And he made Daniel ruler over Babylon, and Daniel recommended the three for positions in the king’s administration. Despite this experience with the true God, the king still went ahead and made the image of gold and commanded all to fall down and worship it.

Some people reported to the king that the three young men had refused to fall down and worship the image of gold when the people were prompted by the sound to do so. The king was furious. He summoned the three young men and asked them whether it was true that they did not serve his gods or worship the image of gold. Without waiting for their answer, the king offered them another opportunity to fall down and worship when the signal was given. The three young men replied that they did not need to defend themselves. In other words, they pleaded guilty to the charges and were ready and willing to accept their punishment. They responded with the statement first quoted above, and were quickly thrown into the blazing furnace, but God protected and rescued them.

In a world where people are ready and willing to sell their souls to the devil for worldly pleasures and achievements, the words of the three men are very remarkable. Even if God would not save them, they knew it was wrong to serve the gods or worship the image of gold and were prepared to resist evil to the point of death.

The three young men could have had excuses to doubt God or rebel or bear grudges against the Almighty. They had been taken as captives from their homeland of Israel to Babylon. They could have asked where God was when they were taken from their homeland. Why didn’t God protect them from the Babylonians? Why didn’t God free them from captivity all those years they were in Babylon? Why should they continue to have faith and trust in God who seemed to have forsaken them, or who seemed incapable of protecting them? Moreover, they had incentive to obey Nebuchadnezzar, rather than God. The king had appointed them to high positions as administrators and they should have been worried about being fired or sacked from those positions. Despite all those seemingly legitimate concerns, they defied the king and continued to have faith in the Most High God, even if it meant they could have been burned alive in the blazing furnace.

Some may say what was the big deal about falling down to the gods and worshipping the image of gold? After all, they could have simply satisfied the crazy king and moved on instead of risking their lives. Well, it was, and still is, a big deal.

The three Jewish young men obeyed God’s laws in the Ten Commandments. The First Commandment states that: “”You shall have no other gods before me.” The Second Commandment states that: “You shall not make for yourself an idol in the form of anything in heaven above or on the earth beneath or in the waters below. You shall not bow down to them or worship them …” (Exodus 20:1-6 NIV). Violation of any of these two commandments is a threat to the existence, sovereignty, and supremacy of the Almighty God. For example, God emphasized as part of the Second Commandment that He is a jealous God who punishes those who hate Him and rewards those who love and keep His commandments (Exodus 20:5-6). It is the only commandment with punishment directly attached to it.

Needless to say, God does not tolerate rivalry. As a further emphasis, after God gave the Ten Commandments to Moses, He told him to tell the people of Israel: “Do not make any gods to be alongside me; do not make for yourselves gods of silver or gods or gold” (Exodus 20:22-23 NIV). That was why whenever God punished the Israelites severely, it was mostly because they had violated one or both commandments.

Consulting with, bowing to or worshiping idols, shrines, fetishes, deities or any spiritual powers or principalities in whatever form other than the one and only true God, is a violation of the First and Second Commandments. In their own minds, those who do such things believe they have good reasons for doing so. Some do so to find spouses, strengthen their marriages or bear children; harm their enemies; find progress and success in life; seek money and wealth; seek spiritual protection against witchcraft and other powers; or seek healing of diseases and illnesses that doctors cannot cure.

Even those who bow to or worship the devil because of life-and-death concerns should remember what Jesus said: “For whoever wants to save his life will lose it, but whoever loses his life for me will find it. What good will it be for a man if he gains the whole world, yet forfeits his soul? Or what can a man give in exchange for his soul?” (Matthew 16:25-26 NIV). Self-preservation or life-preservation is a worthy goal, but it is not the ultimate goal of the Christian; soul preservation for God is. That was why many men and women of Christian faith chose death in God and Christ over life with the devil and his agents.

Today, most people living in the free world are less likely to be forced to bow to gods or worship images of gold, but we sell our own souls willingly to the devil gradually. Our brother James advises us to submit ourselves to God and resist the devil and the devil will flee from us (James 4:7). The three young men did that. They demonstrated obedience, faith, and courage. Those who reported them to the king intended for them to be killed, but in the end, the king promoted them (Daniel 3:30). Pray for all your enemies because some of those enemies may help to promote you.

The three young men knew and worshipped the God of Israel and would not deny Him just because they were captives in a foreign land. That should be a good lesson especially for those living in foreign lands. We should not throw away our good home training and Christian values when we leave the shores of our native countries. We must be prepared to uphold and defend our Christian faith and good upbringing wherever we find ourselves. At home or abroad, we should refuse to bow to or worship the devil in all his nature and form. It is not too late to turn back completely to the one true God. And we should do so whether or not God would protect or rescue us because eternal life with God and Christ in heaven is our goal.