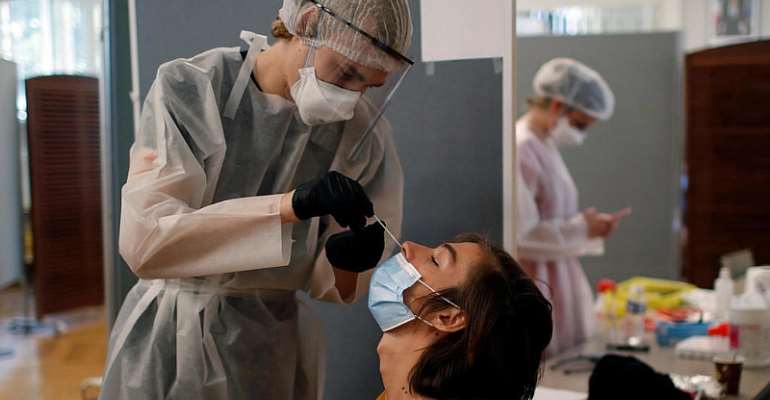 The World Health Organisation has warned European countries to expect a spike in deaths from the coronavirus in October and November. France's daily Covid-19 infections remain among the highest in Europe, with the latest figure of 7,000 down from the previous day's all-time high of 10,561.

"It's a moment where countries do not want to hear bad news but it's going to get tougher," said Hans Kluge, Europe director for the World Health Oganization. "In October, November, we are going to see more mortality in Europe."

The continent is in the midst of a resurgence in Covid-19 cases, with France and Spain setting new record highs in recent days, though the number of deaths has remained relatively stable.

Frédérique Vidal, the French Higher Education minister, called for renewed efforts to fight the spreading of the virus as “more than a dozen clusters” have been identified in universities.

In the north-eastern city of Rennes, 43 medicine students tested positive over the week-end. According to the regional health agency (ARS), they caught the disease while out in bars.

Vidal warned of a relaxed attitude towards social distancing and other measures to avoid contamination.

The minister is to meet higher education officials today as well as students' organisations “to work on how to enforce safety measures throughout this new academic year”.

The WHO's 55 European member states are to hold their first ever online Regional Committee for Europe, #RC70Europe, on Monday and Tuesday to discuss their response to Covid-19 and agree on their overall five-year strategy.

Kluge warned against counting on the development of a vaccine to bring the pandemic to an end.

French doctors published an open letter where they are urging the population to be more vigilant and to avoid private gatherings among friends and families.

They gave the English city of Birmingham as an example, which banned household meetings.