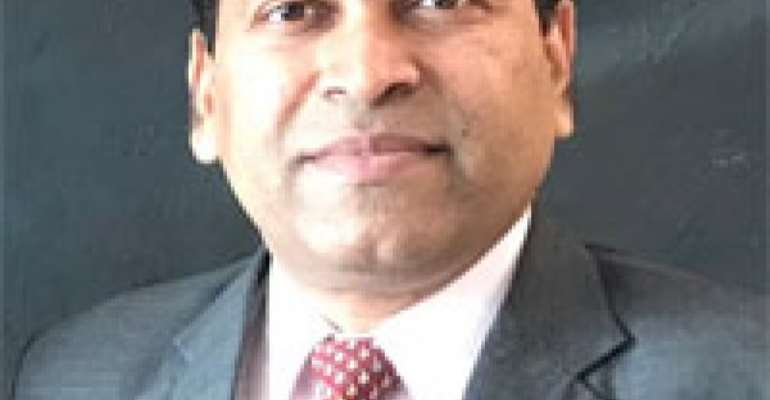 Ghana's earlier and critical measures so far instituted against the spread of the COVID-19 pandemic has won the admiration of the Indian High Commissioner to Ghana, Mr. Sugandh Rajaram.

He has commended the ruling government NPP for the successful handling of the COVID-19 pandemic, describing it as one of the best on the African continent and the world at large.

He said the success chalked by Ghana in handling the pandemic and its associated challenges was phenomenal and deserved commendation and that needed to be emulated by other African countries.

“Case management by the doctors, social interventions and reliefs for the vulnerable, the stimulus package for businesses, coupled with the gradual opening of schools and now the opening of Airport being the first country to have opened its Port on the continent affirms it”, he stated.

Speaking at a media interaction as part of his first official visit, to the Western Region, Mr Rajaram urged the government to consider building the capacity of Small and Medium Enterprises (SMEs), provide startups and enhance agribusinesses for the swift recovery of the economy and food security.

He called on the government to focus on mitigating the immediate effects of the pandemic and support the important elements of the economy such as giving tax rebates and stimulus packages to businesses.

Mr Rajaram noted that the African continent was the most resourceful in the world and therefore needed to build its human resource capacity since it had a lot of mineral resources, manpower, and arable lands.

Touching on the bilateral relations between the two countries, he said the Indian government had given a lot of scholarships to Ghanaians to study in India because they place a premium on infrastructural development and education.

He disclosed that close to 16,000 Indians live in Ghana playing their roles in the various sectors of the Ghanaian economy, while the Indian government gives 250 scholarships annually as exchange programmes to public institutions especially, in the environmental sector.

Mr Rajaram stated that the Indian government was focusing on making India a global business hub and providing a high quality of education at a lesser rate to people from all walks of life.

He added that the Indian government was also trying to make India the center of the globe in terms of innovation, ICT, creative thinking, and artificial intelligence.

Some MMDCEs will be approved in December because of controve...
25 minutes ago