Akyem Sakawa Boys Tag: A Sting in the tail of Akufo Addo 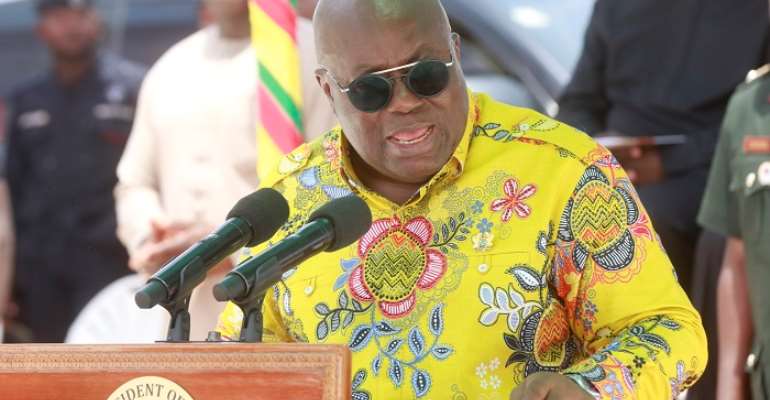 Two days ago, Kennedy Agyapong, MP, sat on Net2, a television station he owns, to insult a sitting judge and threatened to deal with her for granting an injunction against him concerning a land dispute.

We did not hear any condemnation from government, the Lord Chief Justice, the Ghana Bar Association or the so-called moral group in our society for this despicable contempt. Worst of all, yesterday, President Akufo Addo gladly accepted to speak on Oman FM, a radio station owned by this same Kennedy Agyapong who had earlier insulted and threatened a sitting judge. So what does that mean?

Obviously, our President, who is a lawyer of more than five decades standing and a member of the Ghana Bar saw nothing wrong with the actions of Kennedy; it suffices to say that it was a tacit endorsement of Kennedy’s moral turpitude and indignation against the noble legal profession by going to speak on the station.

Despite all that, yesterday our President took the opportunity when he met the Catholic Bishop Conference to address a statement purported to be coming from the leader of the NDC which he deemed defamatory - by referring to some officials in his government as well as some family and friends as “Akyem Sakawa Boys”.

In fact but for the intervention of the NDC, the minority group in parliament and the Civil Society Organizations, these gang of purlions from Kyebi and their cronies have, for all intents and purposes, unsuccessfully planned to defraud the state with PDS, the Ameri deal, and now Agyapa Royalty. What better word of description will best fit them for conspiring and attempting to commit those heinous crimes?

We all witnessed the illegal activities of the NPP and its members dressed in military and national security apparels who were dastardly harassing and intimidating Ewes and members of the NDC in this country with the murder of one member during the voter's registration exercise.

This issue became the main public concern during the one month exercise. It was captured on live videos and publicized by media houses in Ghana and globally through social media handles.

We did not hear any statement from government regarding the violence and intimidation. Later they all came to deny it ever happening, including the President, who also said that he was unaware of what took place!

To the extent that his Minister was firing gunshots indiscriminately at registration centers, the President said he was unaware? This is egregious, isn’t it? The only thing you can say about this is that the President might be suffering from selective amnesia. Tell me how this man became President of Ghana and I will tell you the dreadful mistake it will be to give him another four years in office. It is simply inconceivable!

I will end by saying that the struggle for the independence of Ghana was fought against the British and some local people. And those people were compradors who have descendants among them is our President. Their agenda today is to recolonize us by state capture, gain capital monopoly and take over our state resources.

We must win this election for Ghana not just for the NDC. I am ready for the battle. Let’s fight together. United, we shall be victorious.

I wish you an amazing weekend!

Takoradi 'azaaa' woman still in custody as she fails to meet...
40 minutes ago