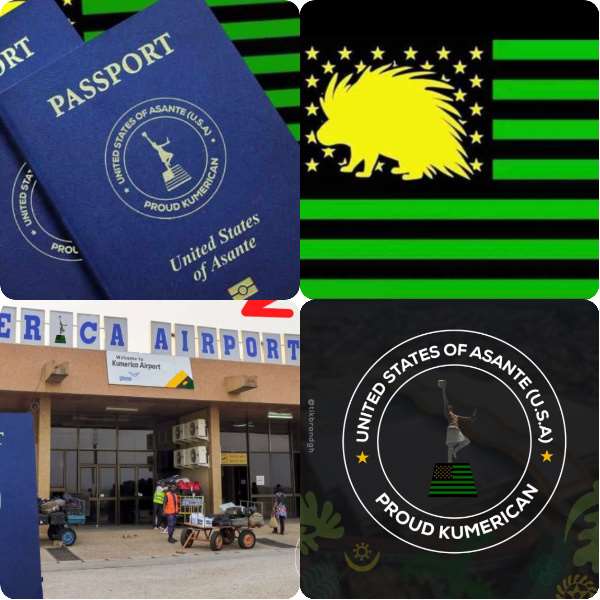 As person with tremendous degree of experience in shoe shine business in Accra, I experienced instances where people just verbally abuse you just because you are Ashanti. It is an open secret that if ten people from different ethnic groups are given the chance to share their opinion about Ashantis, we may not record any complimentary remark based on the experience I had as a shoe shine moving from house to house going about my normal business of shining and preparing shoes in Acrra despite my decent looking as a graduate. Most people simply treat you with disdain and ignominy by mere discovery of the fact that you are from Kumasi.

The point must be established however that I have no doubt that this hatred is not borne out by mere happenstance but rather due to the unbridled attention seeking freak of some Ashantis like the proponents of Kumerica is what has brought us to this kind of inexplicable revulsion and animosity from among the members of other ethnic groups of the nation.

Our culture is beautiful and may have been a contributory factor in this respect but I dare say there is more to this problem and one of such is the Kumerican craze.

Beyond what I call important digression eloquently diagnosed above, there is a substantive issue which constitutes the crux of my detest for the idea of Kumasi now referred to as Kumerica.

First of all, our forebears such as Kwame Nkrumah, Joseph Boakye Danquah, John Mensah Sabbah, Yaa Asantewaa etal made strenuous efforts to bring colonial imperialism to an end and won for us, the independence we are enjoying today. They embarked on demonstrations, boycotts and made thought provocative statements in this regard. As Nkrumah put it, " I am not an African because I was born in Africa but because Africa was born in me".

To put Kumerica in juxtaposition with Nkrumah's quote, could the founders and admirers of Kumerica be said to be Ghanaians because they are born in Ghana but not because Ghana is born in them? If yes, what on earth could be the motivation behind renaming important and historical places in Kumasi like Manhyia, the sacred abode of Otumfour to Washington DC, Ahodwo as Texas and many other important places in Kumasi to places in America with Kumasi itself being named after America. The history behind the naming of such places is without doubt beautiful. For instance, ,Ahodwo literally implies an abode of peace and tranquility. Predictably, if even the sacred abode of Otumfour is now called Washington DC, the Golden Stool which is the sole and embodiment of Asante could be renamed and in some few years years to come, the names of such important historical heritage would be annihilated if such infamous and undesirous renaming is tolerated. It is a new form of colonialism and smacks of inferiority complex which I find highly repugnant for want of a better word.

Secondly, the actions of the Kumericans and its founders undermine the territorial integrity and the true sovereignty of Ghana which according to Jean Jacques Rousseau is absolute, infallible, indivisible and inalienable. Some of the features of a state is having it's own currency, flag, Constitution, territory among others including issuance of passports. Thus far, the Kumerican founder issue passports, have a flag and their currency. If this is not tantamount to act of secession, then I don't know what else constitutes it! Perhaps the only difference between the Kumericans and the Trans Volta Togoland is that the Kumericans have not said they are not part of Ghana but action, they say, speaks louder than words. This is treasonable offence and our law enforcement agencies need to take the necessary steps to end it immediately.

Not only but also, an attempt to name historical places in Ghana to foreign places has dire repercussions on the tourism fortunes of the nation. This stems from the fact that if an American wants to explore new places, he would definitely want to look for places with names different from those known to him or her and if Kumasi, a his historical city, is now America, why should he visit there because that American already is in America and does not need to travel to America again.

In conclusion, I find it very disappointing seeing people with socio political clout entertaining this rather colonialist stunt aimed at valuing what is foreign over and above what is Ghanaian.

We love our Kumasi and all the names of places in it the way they are and by extension, our Ghana the way it is.