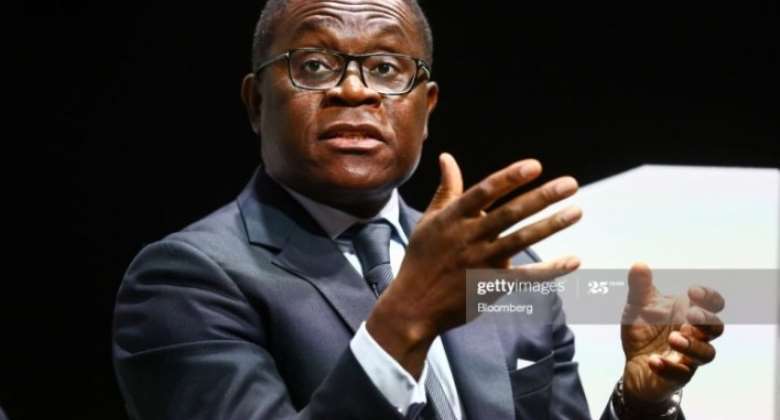 Ghanaian born economist Bernard Mensah has been appointed president of International for Bank of America, and is also a member of the company’s executive management team.

Bernard Mensah was on the high table in July when the USA Secretary of State Mike Pompeo concluded discussions mostly centred on post-Covid economy effort.

Also in the meeting was the UK Minister Dominic Raab and other high ranking officials of the UK and the US governments.

The discussion also centered on secure 5G telecommunications, and continuing negotiations on a US-UK free trade agreement. Until his new appointment, Bernard who is the younger brother of president of the Ghana Rugby Association Herbert Mensah was President of Europe, the Middle East and Africa (EMEA) and co-head of Global Fixed Income, Currencies and Commodities (FICC) Trading at Bank of America.

His new role as president of international for bank of America is responsible for the execution and development of the bank’s strategy, business activities and support functions internationally.

These span corporate, commercial and investment banking, treasury services and sales and trading.

He is also responsible for ensuring the effective delivery of the broad Bank of America franchise to its corporate and institutional clients around the world. Mensah chairs the firm’s regional executive committee and is a member of the Global Banking and Markets Management Committee.

He has more than 20 years of global trading and investing experience, serves on the UK’s Financial Conduct Authority’s Markets Practitioner Panel, and was recently asked by the Bank of England to join the senior advisory group overseeing LIBOR transition in the UK. He joined the firm in 2010 from Goldman Sachs in London, where he was a partner and global head of Bank Loan and Distressed Trading.

Prior to that, he ran the company’s Asia Credit and Convertibles business, based in Hong Kong and Tokyo.

Mensah received his BA in social sciences at the Joint School of Philosophy and Economics at the University of Bristol.

He is a qualified chartered accountant, and became a member of the Institute of Chartered Accountants England and Wales.

He chairs the West Africa Advisory Board of Prince’s Trust International and is a member of the board of the Kofi Annan Foundation, a not-for-profit organisation that promotes better global governance to achieve a fairer, and more peaceful world.

Mankessim: Kenkey seller knocked down by a speeding vehicle ...
18 minutes ago