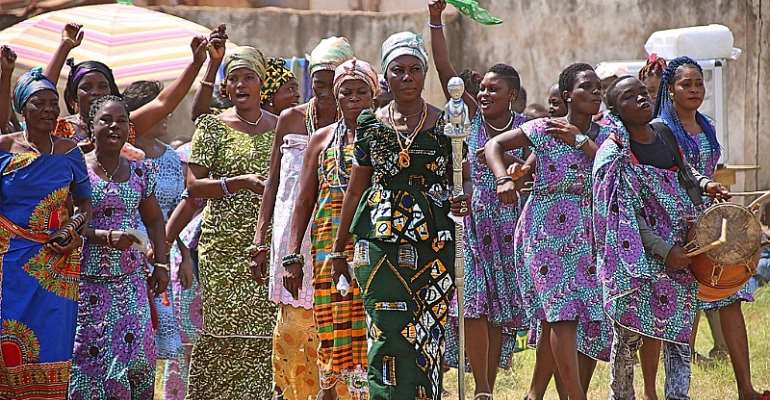 As infections and the death toll for the new coronavirus pandemic mount, African countries have introduced measures to reduce the spread, raise awareness among communities and gain citizens' compliance. But the potential contribution of traditional leaders has mostly not been considered. This is despite the role they have played in addressing health crises in many African countries.

In most cases, governments have relied heavily on actors within the formal sector to ensure that citizens comply with measures to control the pandemic. Usually, the police have this task. But in some countries, including South Africa , Kenya , and Nigeria , police have on occasion used extreme violence to enforce COVID-19 regulations.

The level of distrust of the police is high in many African countries. And government officials and agencies are often thinly spread or ineffective, especially in rural and peri-urban areas. In these areas, information, safety-related resources and healthcare tend to be scarce or absent.

This is why governments' pandemic control efforts should include actors who interact closely with the public.

Traditional leaders are ideally positioned to respond in a culturally relevant way to people in the rural and peri-urban areas. Indeed, Afrobarometer surveys have revealed that traditional leaders have more popular legitimacy than elected leaders in many countries, including Uganda, Sierra Leone and Senegal. They also have a track record of assisting in health crises.

Most scholarship has focused on male traditional leaders. But early findings from our ongoing research on women traditional leaders in Liberia, Ghana, Botswana and South Africa shows that they play a key role in addressing health issues in their communities. Our initial research findings will be published in 2021.

Based on work we have done over the past 16 months, it is becoming clear that women traditional leaders educate community members (both male and female), encourage them to comply with health directives, and intervene to help people get healthcare. And they are more likely than male traditional leaders to engage with women and children.

We are also seeking to understand how women traditional leaders address specific issues, including violence against women, girls' education and community health, and how their responses differ from men's. In all four countries, we have interviewed male and female chiefs and in Ghana we also interviewed queenmothers for the first phase of the study.

Our interviews with women traditional leaders in Liberia revealed that some played a central role in enforcing health regulations during the Ebola outbreak in 2014 and 2015. Although not officially included in the government's efforts in some areas, some women traditional leaders stepped in to educate their communities and to enforce physical distancing measures. They got information on how to prevent the spread of the virus from health and other government officials and NGOs. In some cases they helped disseminate this information, for example by putting up posters or using a megaphone.

For some, the leadership roles they had played during the civil war, including helping community members to secure food, granted them legitimacy during the Ebola epidemic.

In South Africa, we interviewed women traditional leaders in the Eastern Cape and KwaZulu Natal provinces in July 2019. We found that they often mediate between members of their communities and the health system. For example, mobile clinics and hospitals communicate with the traditional leaders about information that needs to reach community members, occasionally through “health days”.

This is not to say that women traditional leaders are without fault. They can also be sources of misinformation. But the research suggests that when brought on as partners, they have the potential to reach and convince members of their communities more effectively than some other actors. In many countries and regions of countries, their proximity to people in their community and the relative level of trust in them mean that they are well placed to deliver health messages.

If governments established a close working relationship with traditional leaders, it would be easier to avoid the spread of misinformation. They could also be held accountable if that happened.

It is therefore necessary that governments begin to see them as partners and work with them in curbing the spread of COVID-19. This is particularly important as lockdowns and bans on public gatherings and other preventive measures have eased in many countries despite the continued spread of the virus.

Peace A. Medie receives funding from the Andrew W. Mellon Foundation for this project.

Adriana A. E. Biney receives funding from the Andrew W. Mellon Foundation for this project.

Cori Wielenga receives funding from the Andrew W Mellon Foundation for this project.

By Peace A. Medie, Research Fellow, Legon Centre for International Affairs and Diplomacy, University of Ghana And

Cori Wielenga, Senior Lecturer in the Department of Political Sciences and Deputy Director of the Centre for the Study of Governance Innovation, University of Pretoria