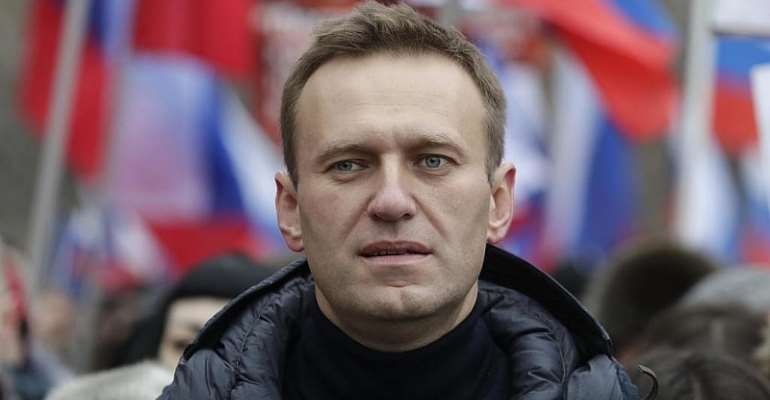 Russian opposition leader Alexei Navalny is in a stable condition after arriving in Germany for treatment following a suspected poisoning. The air ambulance landed on Saturday morning in Berlin's Tegel airport after a day-long standoff over his medical evacuation.

An air ambulance landed in the German capital on Saturday carrying Russian opposition leader Alexei Navalny, who has suffered a suspected poisoning, after a day-long standoff over his medical evacuation.

"Navalny's condition is stable," said Jaka Bizilj, the head of the Cinema for Peace NGO after the flight touched down at Berlin's Tegel airport.

The plane, chartered by the German NGO Cinema for Peace, landed at 8:47 am local time, where Navalny is expected to be transferred to the Charité hospital for treatment.

The 44-year-old lawyer and anti-corruption campaigner, one of President Vladimir Putin's fiercest critics, fell into a coma after becoming suddenly ill Thursday on a plane to Moscow that had to make an emergency landing in Omsk.

Poison?
His aides say they believe he was poisoned, apparently by a cup of tea at the airport, and blamed Putin, though Russian doctors said tests showed no trace of any poison.

Doctors treating him in Omsk had refused to let Navalny leave but reversed course after his family and staff demanded he be allowed to travel to Germany.

The air ambulance was dispatched to take Navalny to Berlin after Chancellor Angela Merkel extended an offer of treatment.

European Union leaders including German Chancellor Angela Merkel and French President Emmanuel Macron have voiced concern for Navalny, who has faced repeated physical attacks and numerous jail terms in more than a decade of opposition to Russian authorities.