Deployment Of Military On Our Border Regions: A Very Delicate Issue 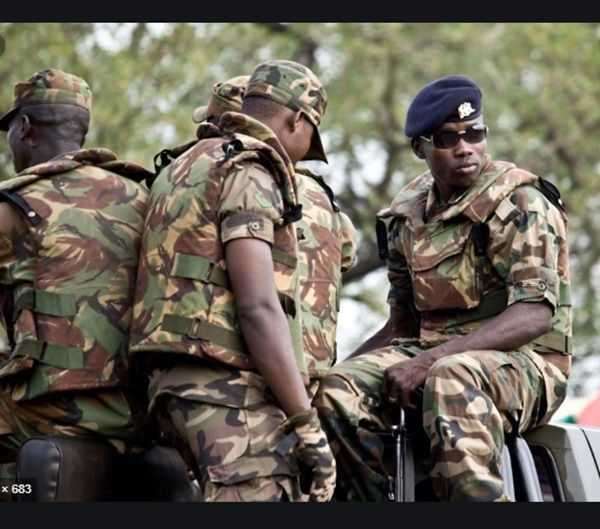 The armed forces were deployed to our border towns to prevent people from our neighbouring countries from entering on our electoral roll.

A very delicate enterprise with intriguing intricacies knowing that a major political party's stronghold is a part and parcel of this adventure.

This situation has been exploited by the opposition to whip up support from such areas but if this is not done, the question that one would want to find answers to is, would some foreigners get on our voters' register if we don't secure such places during registration?

But doing this appears as if some places are secluded or considered not to be part of the country especially on the back of the fact that a major chunk of the people of such regions have preponderant proclivity towards the opposition.

A very dicey situation. Isn't it? It is and the opposite is what happens when a new register is being compiled during the tenure of the opposition. A situation which sees a relaxed security to permit people to cross our borders to register.

This political attrition would continue unabated in the annals of our democracy in respect of elections and I see no sign of any hope of closure of this trajectory in the foreseeable future.

The basis of my prediction is that Ghana is no longer a multi party democracy as enshrined in our constitution. We are now a two party state as political power has been alternating between the National Democratic Congress and the New Patriotic Party with mushrooming political parties as impactless as a sharpless cutlass.

Therefore politically, in the attempt of the major political parties to outwit the other, they would naturally engage in political attrition purposefully to weaken the other with this very delicate, dicey and complicated matter of vote engineering, with our border areas very unfortunately, for political capital.

Our unity in diversity is beautiful as different cultures are exhibited on special occasions such as Independence Day etcetera but politics with its divisive Machiavellian tactics unfortunately, wouldn't let us enjoy the beauty in our diversity.

This may not be a panacea to solving this self suicidal culture that is creeping into our body politics but National Identification Authority ought to liaise and work hand in hand with our hospitals to register babies at birth and also put up visible offices in all the districts of our country to enable babies born at homes to be sent there to register to address the controversies surrounding the nationality of the citizenry because my Boakye alone is not enough proof as a Ghanaian on the face value because some people are bearing the same name in La Cote d'Ivoire.

There are several cardinal principles of democracy including but not limited to one man; one vote, one vote; one value, peaceful change of government, free, fair, transparent and credible elections.

The celebration of a peaceful change of government is not enough. We can better our lots.