Living With Crocodile: The Untold Story Of Kulmasa Myths And Beliefs In The Upper West Region 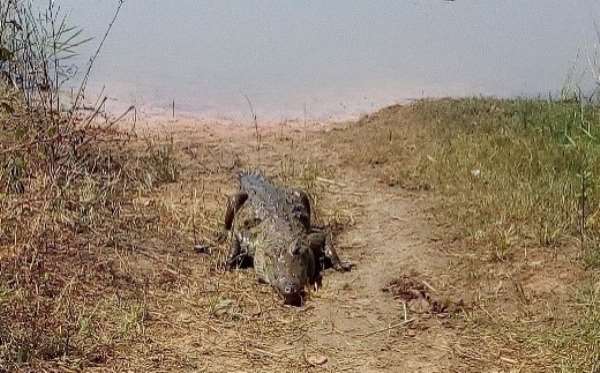 The present economic environment which is marked by the deep world crisis of the coronavirus pandemic has increased concern with job security and other livelihood outcomes. Developing countries including Ghana, are exposed to severe social- economic impacts due to its large dependent on imports and domestic businesses. One such industry that has been a subject of discussions in terms of counting the losses resulting from the COVID- 19 devastating consequences is the tourism industry.

The hospitality industry ranging from hotels to motels; restaurants to clubs; historical sites to zoos; entertainment centers to festivals, and others are recording a reduced number of visitors and revenuer because of travel bans and fear of been exposed to the deadly coronavirus.

The challenge in keeping the industry active, even after the outbreak of the coronavirus pandemic must be from the standpoints that, the government would inject more resources to make the industry robust and resilient. This would entails exploring and unearthing untold and not marketed viable tourist sites, including the Kulmasa Myths and beliefs that habours crocodiles.

Tourism attraction in the Upper West Region has become synonymous with the hippo sanctuary in Wechiau, the Wa Naa Place, the Jirapa Naa Palace, the Nakori Mosque, and Kwame Nkrumah Detention Center in Lawra. Much attention has not been paid to the Kulmasa myths and belief located in the Wa West District of the Upper West Region.

Let me share my experience on the Kulmasa crocodile pounds, that may excite you to visit the place anytime you are in the Upper West Region. Visiting the Kulmasa Myths and beliefs with two friends for the first time remains one of my memorable moments in the Upper West Region. The experience remains mouthwatering. We were met on the road site by a man who was introduced as a caretaker he then became our tour guide to the site. He helped us to buy a fowl has been put on sales for visiting tourist. We then drove to a dam that is said to be a pound of crocodiles. The man who speaks the native Waala dialect held the foul to his back, and did silent incantation and the life foul became dead and he then called a crocodile in Waala dialect ‘Nnabari Yeriwana’ meaning ‘my grandfather come out’ he did call a crocodile seven times to our surprised a crocodile emerged, floated on the water and run out of the water. We were becoming scared as he told us the crocodile were not tamed. He smiled at the crocodile and commanded it to lay down and it did exactly that as he said 'Nabaari Jang' my grandfather lay down.

The story of the myths and beliefs was told by the tour guide that a crocodile has been their totem since time immemorial and that has become part of their existence. The history of the people of Kulmasa is told as to how a crocodile saved their grandfather from persecution and he climbed on a back of a crocodile to cross a riverbank, unknowingly. He, therefore, moved from native Burkina Faso and settle in the present-day Kulmasa having been trading in the Waala Kingdom and discovered a pound that has crocodile and they co- existed from generations to generations.

One striking revelation by our tour guide was that, anytime an impending danger would occur in Kulmasa; let say the death of someone, a crocodile would visit a random house and stay for days before returning to the pound. The visit would prompt elders to explore the spiritual realm to uncover the impending danger. ‘Anytime a crocodile visits a family, it doesn't automatically mean the danger is coming into that family, it only tells them what the community should expect’. He concluded.

Plate 1: We watched the crocodile in amazement Plate 2: A crocodile returning back to the pound after we left

Our tour guide added that the dam has over a hundred crocodiles and all has not been tamed, but they have never hunted any visitor or residents. He expressed fear that, if taming them, neighboring communities that do not see them as totem could kill them all because the pound is not protected and policing is highly challenging.

Our tour guide has given the best folktales and storytelling and I wish you make it a point to visit Kulmasa Myths and Beliefs.