¢170b Voted To Expand Pantang-Mamfe Road 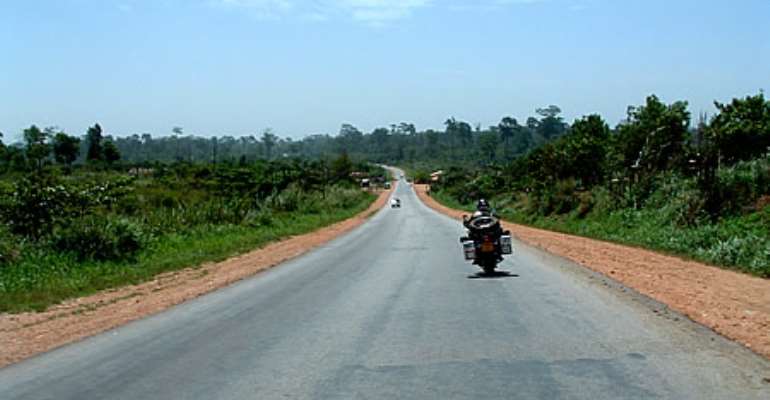 The government has released ¢170 billion to expand the Pantang-Mamfe road project currently under construction into a dual-carriage.


This follows the government's decision to repackage the project to make it a dual carriageway, Transportation Minister, Dr Richard Anane, disclosed last Tuesday.

He told newsmen after inspecting progress of work on the Kwame Nkrumah Circle-Achimota, Pantang-Mamfe roads that the original contract on the Pantang-Mamfe road was funded by the Africa Development Bank (AfDB) at a cost of ¢180 billion.

However, it became necessary to vary the design to cope with the increased human settlements in the area and the need to reduce transit time to and from Accra, he said.

Dr Anane also mentioned that the Pantang-Peduase road is on schedule to be completed by the end of next year, saying he was satisfied with the quality and scope of work. He said it was the government's wish to leave a legacy of a safe road network to meet the needs of travelers.

He referred to the road and rail interchange of Alajo on the Kwame Nkrumah Circle-Achimota road which he said will facilitate access to the city centre from up country without any interference from crossing trains. There will also be two interchanges and an underpass at the University of Ghana junction to the Madina-Atomic Energy junction.

A traffic terminal under construction at Achimota is also designed to ease congestion and to reduce the difficulty in connecting to and from other parts of the city.

The Achimota-Ofankor stretch of the road and a three lane Tetteh Quarshie Interchange to Mallam junction will commence soon, he said.

The Tetteh-Quarshie-Mallam project is being financed by the World Bank at the cost of ¢240 billion.