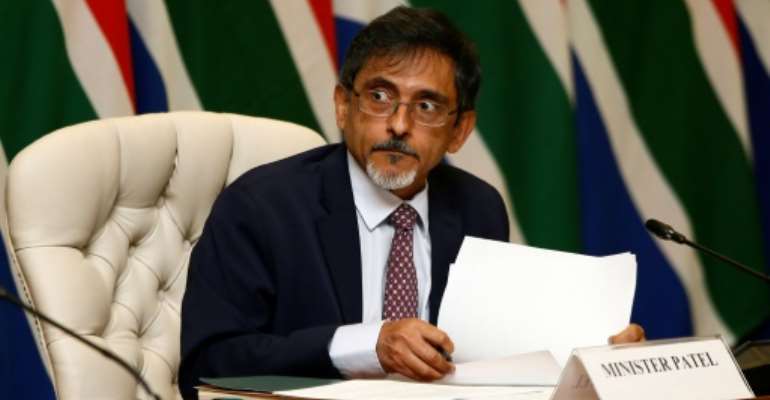 South African Trade Minister Ebrahim Patel, pictured in March 2020, is among four ministers and several MPs who have so far contracted coronavirus in South Africa. By Phill Magakoe (POOL/AFP/File)

Cabinet spokeswoman Phumla Williams said in a statement that Patel, 58, received his results on Saturday.

"Minister Patel is in good spirits and is in self-quarantine, and will continue to work from home," Williams said.

"Those that have been in contact with the Minister are also in self-isolation and have been encouraged to get tested," she added.

Four ministers and several MPs have so far contracted coronavirus in South Africa, which has the highest numbers of diagnosed infections in Africa and ranks fifth in the world after the United States, Brazil, India and Russia.

On Monday, both Labour Minister Thulas Nxesi, 61, and Mineral Resources Minister Gwede Mantashe, 65, were separately admitted to hospital with the virus.

The fourth is Defence Minister Nosiviwe Mapisa-Nqakula, who has since recovered.