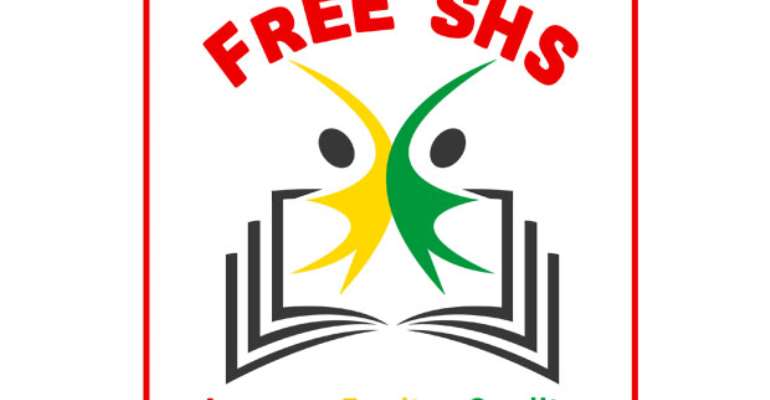 Over the weekend, the debate on the implementation, success and the impact of the New Patriotic Party government's flagship programme Free Senior High School (FSHS) resurrected strongly again.

Led by a Deputy Minister of Education in the erstwhile John Mahama administration, Samuel Okudzeto Ablakwa, and a spokesperson of the former president, Edudzi Tameklo, the NDC questioned the impact of the Free SHS on enrolment in the various senior high schools in the country.

While Okudzeto Ablakwa, MP for North Tongu, described the Free SHS policy as a “populist knee-jerk programme”, Edudzi Tamaklo, who doubles as a member of the opposition party's legal team, questioned whether the increase in enrolment which has been the trump card of the policy is not a 'scam'.

The argument of the NDC apparatchiks, though inconsistent, has been about the number the President quoted on his Facebook post as students sitting for this year's West African Senior Schools Certificate Examination (WASSCE), which began on Monday, July 20.

The total number of students sitting for this year's WASSCE is 375,737.

According to Okudzeto Ablakwa, the increase in number of students sitting for the WASSCE is 'unimpressive'. He describes it as “a mere 14.4%” increase in the 2016 figures.

“Now those completing in 2020 were enrolled in 2017 by the Nana Addo government under the so-called Free SHS that has supposedly swept all kids from our streets into classrooms. So we were expecting very huge increments in enrolment,” he posted on his Facebook wall.

“Remember, 2019 batch of students are not part of the free SHS,” he added.

To the NDC, an addition of 10,902 students to just a single cohort of Free SHS beneficiaries, who but for the policy may have ended on the street, either as kayayei, street hawkers or pre-mature mothers and fathers, is not 'impressive' and, thus, 'irrelevant' to the development of the human resource of the country.

The NDC, ahead of the 2016 general elections, designed and aired about 46 different anti-Free SHS adverts on various television and radio platforms.

The bigwigs of the party on countless occasions seized every given opportunity to lambast the policy. Aside from these, the national youth wing of the NDC, then led by Ludwig Hlodze, embarked on campus tour for a campaign dubbed 'Say No To Free SHS' to whip up sentiments against the programme, which was a major campaign promise by then candidate Nana Addo Dankwa Akufo-Addo.

Even after Nana Akufo-Addo had won election and implemented the policy, the smear campaign against it continues unabated.

Aside from the 48 campaign advert against the Free SHS policy, when the NDC was in government, in 2018, a former national women organiser of the NDC, Hajia Joyce Zainabu Mahama, stated that the programme would breed more pregnancies in the country.

In July 2018, Okudzeto Ablakwa stated that the introduction of the Free SHS policy had led to a decline in the quality of the nation's education. He further alleged that students were getting pregnant because of the policy.

In November 2017, Mr. Ablakwa took his anti-Free SHS campaign a notch higher by taking it to the nation's legislative house in what he called “visual evidence of the failed Free SHS policy”.

Mr. Mahama himself, in 2019, stated that given the opportunity, he would “review” the policy.

This was after he had lambasted the policy in 2018, claiming it was “stifling other developmental projects.”

“So you can't pay District Assemblies Common Fund, you can't pay NHIS (National Health Insurance Scheme), you can't pay GETFund (Ghana Education Trust Fund), you can't pay other salaries and things because all your money is going into Free Senior High School,” Mr Mahama said on Saturday, February 24, 2018 at an NDC 'Unity Walk' at Somanya in the Eastern Region.

The NDC also rewarded a former deputy national organiser of the party with the substantive organiser position after visiting the Tempane SHS to incite students against the policy.

Joshua Akamba, who pundits had ruled out of the NDC national organiser race ahead of its national delegates' congress, jumped to be among the lead contenders and went ahead to win the position after a video of him inciting the students to hoot at President Akufo-Addo for implementing the Free SHS policy went viral on social and traditional media.

It is amazing how the NDC continues to fight the policy, even after three years of its implementation and with few months to a general election.

The impact the policy has had on many Ghanaians are there for the people to see. Recently, there have been in circulation videos of people telling their chilling stories about the impact the Free SHS has had on them.

However, notwithstanding all the success stories, it does appear that the opposition NDC's fight against the Free SHS policy is not ending anytime soon and, probably, may never end until the policy has been scrapped from the Ghanaian vocabulary.

Obviously, Ghanaians will be subjected to another round of ill campaign against the policy as the general elections inches closure and as the results of the first beneficiaries of the policy come out.

The fight against the Free SHS is not ending anytime soon. Let's brace ourselves for the worst.

More Feature Article
Modern Ghana Links
The Nemesis Of John Mahama In Gonjaland-A Creation Of His Own Hands
Osei Kyei Mensah-Bonsu Is Simply Not a Good Parliamentary Leader
Our Covid Control Measures Have Been Compromised
Addis Ababa: rein in on chauvinists
The Loyalty Of A Leader!
Rawlings Burial… Why Not Asomdwee Park? Asks Nkrabeah Effah-Dartey
Tribalism in politics is prohibited by law
Covid-19: Ghana is back to square 1 and worse
The NDC Made a Lot of Electioneering Capital out of this Fake News Report
Election Reports Quotes Dossiers
TOP STORIES