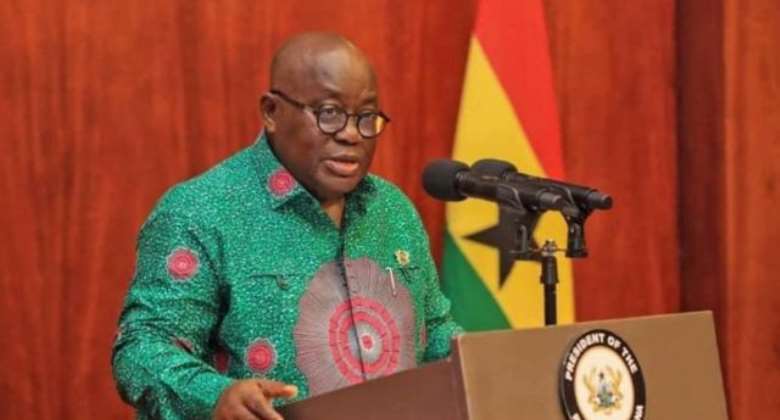 Many well-wishers, followers, and some active members alike of the ruling New Patriotic Party (NPP) often express some misgivings (with trepidations?) regarding the party’s lackluster communication strategy and delivery methods. Most likely, some of the sympathizers’ concerns regarding the NPP’s overall communication strategy, primarily stem from the often subtle display of the “Too-Cool tendencies” or the near lack of confidence in conveying to Ghanaians the party’s landmark achievements and many other life-saving socioeconomic programmes implemented under the present government.

It’s why it didn’t come as a surprise to some of us when the current leader of the NPP and the president of the republic, Nana Akuffo-Addo, recently took the time to have virtual communication strategy session with most of the party’s messaging team. Clearly, a lot of the key points the president raised or some of the ideas shared during the brief but strategic cyberspace meeting, are indicative of the fact that the NPP acknowledges some of its shortcomings on that front, and as such the president wants the communication team to enhance the efficacy of the party’s messaging or its public information transfer techniques.

Thus, Nana Akufo-Addo emphasized the importance of “quality” information transfer, and strongly encouraged his Communication Advisory Team to tell storylines that can provide Ghanaians the opportunity to know and appreciate quality as opposed to the mere number of policies this government has pursued since taking office. In simple terms, the president sought to remind the communicators or NPP folks in general to relegate into the limbo years of under-the-radar shyness that seems to have become part of Danquah-Busia-Dombo tradition in terms of the inability to extoll the party’s people-centered accomplishments in more forceful ways.

Evidently, Nana Addo’s reference to “quality communication” that he was overheard articulating to the team of communicators during the virtual meeting is another way of emphasizing that effective human communication is usually wrapped in clear and digestible language for the intended audience to understand. For example, if the target audience is made up of predominantly non-educated class or has trouble comprehending a certain type of language or (say) English; why use it, anyway? After all we are not having a meeting or campaign rally involving the Queen of England.

The preceding reinforces the fact that one of the significant goals of communication—whether verbal or nonverbal—is not only to create but also, to maintain social, and to some extent political relationships. This also presumes that effective (mass) communication, as this present writer and many others have underscored on previous occasions, is contingent upon not only the transference of a body of information or message from the sender(s) to receiver(s), but also, efficient communication is that which is transactional almost similar to engaging in “business transaction” with someone or a group of people involving back and forth conversations.

That is to say, the kind of message delivery approach Nana Akufo-Addo is drawing the attention of the members of his campaign communication advisory team, obviously pertains to using communication to have some form of strategic control with regard to one’s audience. For instance, strategic communication tends to be substantive and coherent, but the same time enjoyable, has friendly tone, and humorous, as Vice President Dr. Bawumia seems to be doing in many of his public communication events.

Doubtlessly, the NPP as a ruling government has a long train of achievements; and as political party, it has clear-cut ideological assumptions, as well as consequential ideas that need to be proudly and passionately told in unambiguous language. Admittedly, there are many creative ways in which one can tell the unrivaled success stories of Nana Addo-led NPP administration. One needs to remember that all successful communication is also premised on creativity but constrained by societal norms or social etiquettes. Effective communicators are well aware of this societal reality; that is why ethnocentric campaigning is not part of human decency.

For many of us watching from the sidelines, the president never or didn’t directly say that NPP as a party must bring its often timid or colourless communication approach on par with its vast array of intellectuals and policy wonks in its camp, but the profile of the virtual communication huddle speaks volumes about Nana Addo’s genuine reservations to that effect.

This is an election year; and, it is not one’s average general election period. We know the whole world is almost locked down because of the COVID-19 pandemic. The Coronavirus has shown that countries that do not have decisive and data-driven world leaders such as Nana Akufo-Addo, Paul Kagame, Justin Trudeau, and host of others, can’t mount sustained effort to try to contain the deadly virus. Honestly, Ghana is lucky to have President Akufo-Addo in the political saddles in that the country cannot afford an inept JD Mahama (mis)rule, but the NDC will definitely make the most noise to muddy the waters.

Based on the president’s conversation with his communication campaign team, we can also suggest that in this critical campaigning season, the NPP communication team cannot be complete without the active involvement of creative communicators such as Vice President Bawumia and his multilingual wife Samira; Mr. Kusi Boafo who has a good command of public policy and demonstrated ability to express them in locally decipherable language; Ms. Jennifer Queen has passionate voice and can be persuasive.

Trust me, the list is not exhaustive here, but of course, one cannot leave out the party’s “attack dogs” led mightily by Honorable Ken Agyepong, Chairman “Wontumi” and Abronye DC, who form the bulwark against Mahama’s NDC disinformation team. Finally, spearheading all the NPP’s campaign communication team is the president himself who possesses the “bully pulpit” as the Americans would say. Unlike JD Mahama-hijacked NDC, the NPP has “essential commodities” to sell to Ghanaians, let the Danquah-Busia-Dombo party roll up its sleeves and shake off its yoke of communication “timidity.”