Mr Mahama Is Living Up To His “Manipulator-In-Chief” Credentials! 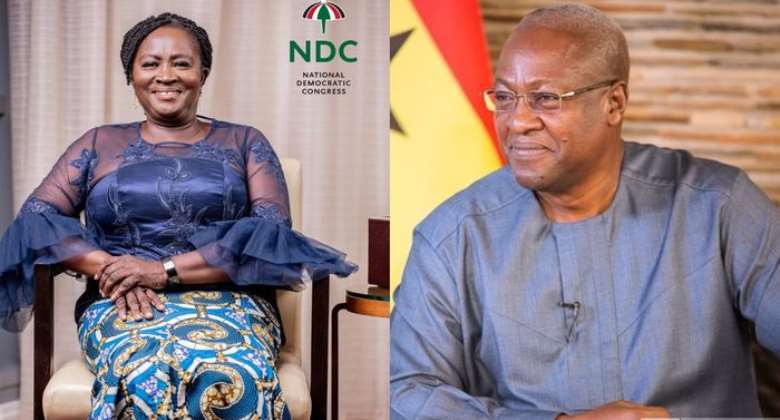 For ex-President John Dramani Mahama, the suspense: to choose or not to choose his running mate sooner than later and the resultant groundswell of political drama, debates, speculations of the names of potential VP candidates, and so on, preceding his long-awaited announcement to fill the NDC’s 2020 vice presidential slot in the person of Dr. Jane Naana Opoku-Agyeman was deliberately done for dramatic and manipulative effect.

Many of us have stated and written about this and it bears repeating that the National Democratic Congress presidential aspirant, Mr. John Mahama, is a “manipulator-in-chief” who has mastered how to manipulate his way through the stormy waters of Ghanaian political landscape, including a considerable number of the media outlets.

Across all the media platforms as well as the political pundits’ universe throughout the country, Mr. Mahama has gotten almost everyone talking about him for being the first to choose a female running mate for a major political party. Undoubtedly, this is the kind of policy-free discourse that seems to motivate or fascinate former President Mahama and many of his supporters, hence he wants Ghanaians to focus on those non-critical policy issues instead of big ideas and far-reaching social intervention measures for the nation’s true progress.

To be fair, the circumstances surrounding the choice of Dr. Naana Opoku-Agyeman for the NDC 2020 VP spot may be historic in this particular context; and will definitely be eventful development for academic scholarship in Ghana’s body politic. But, beyond the optics of selecting a woman for the main opposition party to pair with a domineering male flag bearer, there is nothing extraordinary about the selection in that this country has even seen female presidential aspirants before, and some are still in the game.

Here, one can make a good case that the presidential candidacies of the former First Lady Nana Konadu Agyeman-Rawlings and Akua Donkor respectively, may not be viable in terms of their electoral competitiveness. Nonetheless, they’re women currently trying hard to break through the “glass ceiling” in the male-dominated Ghanaian politics. In that sense, Prof. Jane Opoku-Agyeman can’t be the so-called “first” female to contest at this highest level, regardless.

In fact, what Mr. Mahama is attempting to do at this point is slyly finding ways to exploit the genuine concerns among many women in this country, on the basis that there is lack of gender parity in the nation’s political or policy arena. By extension, the foregoing implies that it is Mr. JD Mahama who is more interested in bringing closure to gender inequality than anyone else in the Ghana.

Expressed in different way, former President Mahama is saying: “Look at me, didn’t I tell all of you that I will do things differently if I become president for the third time? Anyone who impugns my motive should simply take a look at the first-of-its-kind selection of a female running mate on my party’s ticket.” Clearly, Prof. Opoku-Agyeman’s pick is part of JDM’s grand campaign strategy devoid of fresh and progressive ideas, but full of repackaged old policies extracted from the NDC’s “Green Book” and misleadingly calibrated to manipulate as many Ghanaian electorate as possible.

From all indications, Ghana’s former president, Mr. John D. Mahama, has vulnerably “fallen in love” with the country’s highest seat of office to the extent that he is helplessly willing to follow any lead/path imagined or otherwise in an effort to try to wrestle power from Nana Akufo-Addo. However, the truth of the matter is that Mr. Mahama does not honestly have rock-solid or compelling argument to justify his return to the nation’s presidency that he lost abysmally owing to his trademark incompetence.

To that end, one of his most potent campaign weapons is manipulation. Comrade JD Mahama is a chief manipulator who will surely use or hide behind his female running mate as a political armour shield to try to cushion himself against criticisms from his opponents. In other words, very soon he will push Prof. Jane Opoku-Agyeman to go all over the place “firing missiles” at NPP and campaigning for her boss/party.

The cynical calculus here is that Ms. Opoku-Agyeman will start criticizing or attacking Nana Akufo-Addo and his administration. If that happens, the NPP will also deploy its “attack dogs” to defend and counter-attack in ferocious manner as it is done even in advanced democratic societies.

As soon as the NPP begins firing back at Dr. Jane Naana Opoku-Agyeman, Mr. Mahama and his NDC will manipulatively draw Ghanaians’ attention to the fact that the ruling NPP is hitting the female running mate below the belt. As hinted earlier, the former president’s choice of Madam Opoku-Agyeman is more of a political expediency, aimed at exploiting or satisfying certain demographic voters in the upcoming 2020 general elections.

Mr. Mahama’s game plan seems to be picking up some tractions because we have already begun hearing some sustained shrill voices from some groups in the country expressing a new day for women political emancipation, while warning the so-called chauvinistic male politicians to go soft on Prof. Jane Opoku-Agyeman. Is it because she is a female?

The blatant hypocrisy of trying to protect Prof. Jane Opoku-Agyeman appears to some of us as if Nana Konadu Agyeman-Rawlings, Akua Donkor, needless to say Mahama-hijacked NDC’s “whipping girl” Electoral Commissioner Jane Mensah and other accomplished female public officials also do not deserve protection against male critics.

There are some age-old sayings that “don’t jump in the deep stream if you can’t swim” or “stay away from hanging out in the kitchen if you don’t want to get burned.” Politics is a messy business; and, it is not for the faint-hearted, whether one is a man or woman. It is my belief that whatever men can do, women can do it, too, even better. The suggestion that Vice President Dr. Buwumia can be unsparingly criticized and called all kinds of names but somehow Dr. Jane Opoku-Agyeman shouldn’t be subjected to similar line of critiques or attacks undercuts women argument for equality.

My unsolicited advice for Mr. Mahama is to quickly send his running mate for one month refresher course at the toughened feet of Ms. Hilary Clinton so she provides Madam Opoku-Agyeman with some tit-bits about the dignified ways of absorbing mean-spirited critiques within high-tension political environment. Prof. Jane Opoku-Agyeman should not be given “golden parachute” to land softly, in that the Electoral Commissioner Jane Mensah (for example) is also a female at the highest level of government but Mahama and his followers insult and question her integrity and competence every day. What is the difference in terms of female insults?

Bernard Asubonteng is a US-based writer; He is also a political science lecturer.

Joseph Yamin to clear weeds in all abandoned Mahama projects...
49 minutes ago