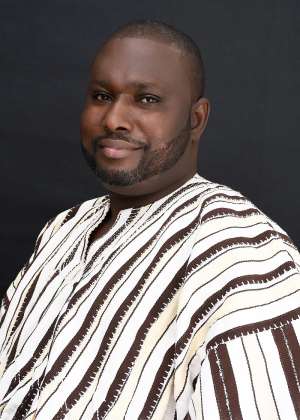 The Deputy Executive Secretary of Ghana Free Zones Authority in charge of Tema enclave, Alhaji Habib Iddrisu who emerged as the Parliamentary Candidate of the New Patriotic Party in the Tolon Constituency in just ended primaries at a meeting held on Monday 22 June, assured party executives of prioritizing the development of the constituency.

Alhaji Habib who was the former candidate of the party in the 2016 election at the Sagnerigu Constituency assured the Tolon executives of fostering unity to ensure a significant increase in the votes of the President in the constituency.

He added, “we can only succeed by uniting the party front, reason, why I went further to meet and interact with all aspirants including the sitting MP a day after the primaries and me, have assured them of giving them roles to play for the seek of the party.”

He also admonished the executive to put behind all the favoritisms and focus on the new voter register registration and the main election since the primaries are over. “As it stands, there is nothing like Alhaji Habib’s camp or Hon. Wahab’s camp, we are all one and we must see each other as one people to ensure the bigger goal which is securing the seat and working hard to ensure the President’s 2nd term agenda is achieved.”

He then presented 2 new motorbikes to the Fulani communities and the constituency office.

The Tolon constituency houses the Savanna Agricultural Research Institute (SARI) of the Centre for Scientific and Industrial Research (CSIR) both in Nyankpala, one of the campuses of the University for Development Studies.

The constituency used to be a safer ground for the National Democratic Congress (NDC) since 1992 until it was snatched during the 2012 election by the NPP and consecutively retained again in 2016. Alhaji Habib will be facing off with a fresh candidate from the NDC, Yussif Adamu.

Alhaji Habib’s Boss, Micheal Okyere Baafi also secured the nod to lead the New Patriotic Party in the New Juaben South constituency into the 2020 election after beating the Chairman of the Finance Committee of Parliament, Dr. Mark Assibey Yeboah in the primaries. 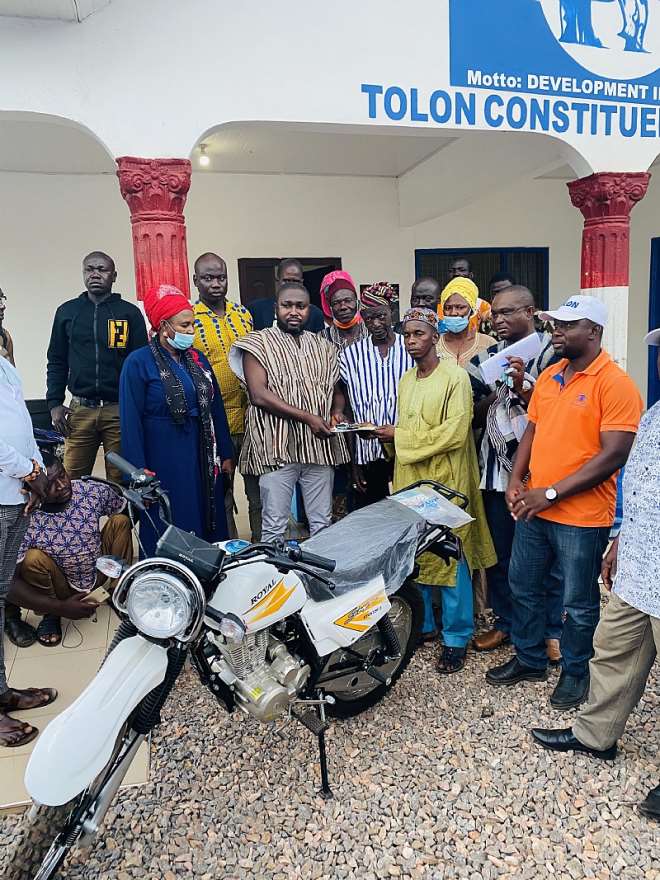 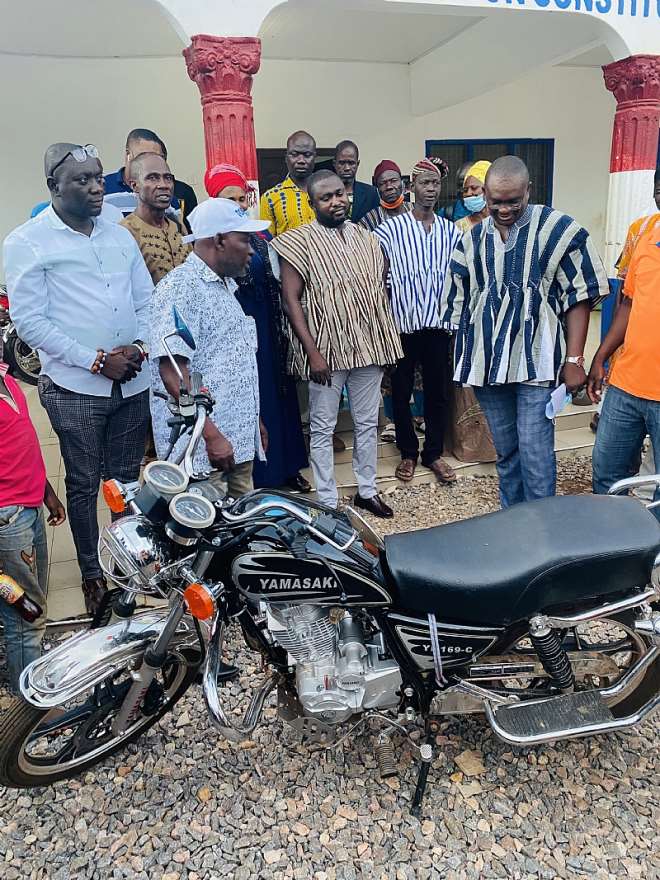