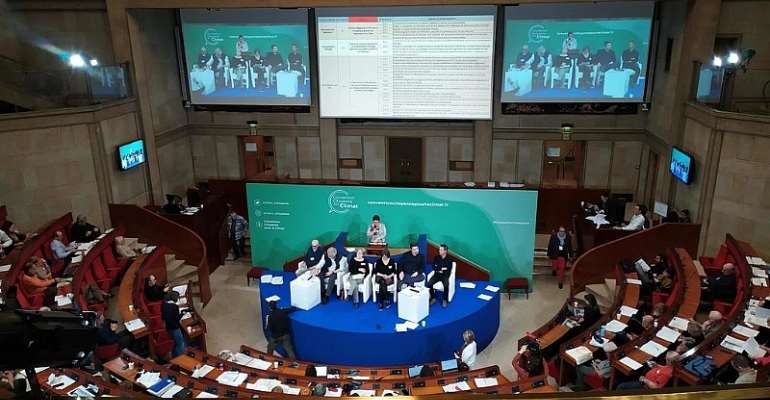 A citizens' climate council initiated by President Emmanuel Macron to discuss new ways to cut carbon emissions has urged the French leader to hold a referendum on making the destruction of nature a crime.

The "ecocide" proposal topped dozens of ideas presented by the 150 randomly picked members of the Citizen's Convention on Climate, along with inscribing the fight against global warming in the French Constitution.

But participants voted against submitting a broader package of measures to the public as it wound up three days of debate during its final session on Sunday.

The move was a rejection of President Macron's suggestion last week that a referendum could be held on the individual measures, which range from improving home insulation to cutting maximum highway speeds to 110 km/h from 130 km/h.

"Let's make this referendum we've decided on the basis for holding all the other discussions," said Hubert, one of the participants, who like the others was identified by his first name only.

Members gathered in separate rooms at the Palais d'Iena in Paris, while others participated by videoconference, to ensure social distancing during the coronavirus outbreak.

Macron formed the council in response to demands for greater "direct democracy" in the wave of the Yellow Vest anti-government protests that rocked the country in 2018 and 2019.

The unexpectedly fierce rebellion was sparked by a planned fuel tax hike aimed at funding the climate-change fight, which critics said unfairly targeted people who have no choice but to rely on their cars.

The council was tasked with finding ways to reduce France's carbon emissions by 40 percent by 2030, compared with the levels of 1990 "in a spirit of social justice."

Work began last October, and was expected to wind up earlier this year before meetings were halted during the coronavirus lockdown.

Macron has already said he will announce a "first response" when he meets with the 150 members at the Elysee Palace on June 29th.