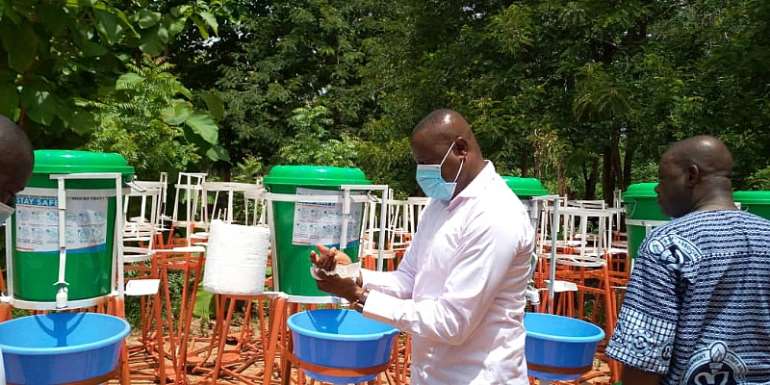 The Municipal Chief Executive for West Gonja, Hon. Saaed Muhazu Jibreel has secured the support of World Vision to help combat the spread of the novel Coronavirus in the municipality.

Among others, the humanitarian NGO donated 50 handwashing facilities and accessories and 50 gallons of soap to the municipality.

Receiving the items, the Municipal Chief Executive lauded World Vision and its partners for continuous support.

He disclosed that the kind gesture by the World Vision will go a long way to augment effort by the assembly in the fight against a pandemic that has thrown the whole world into complete turmoil.

According to him, World Vision international remains the biggest single donor NGO that the municipality benefits from, aside from the RING project which has phased out.

He enumerated interventions of the NGO in the areas of education, health, provision of portable drinking water inter alia as commendable.

"I have to say confidently that as long as the West Gonja Municipality is concerned, the single donor NGO that we benefit from is the World Vision international. Apart from when we were under the RING project; if you look at it, after RING, the single donor again is World Vision. And I know we still have many more years of engagement with World Vision," he said.

The worried MCE confirmed reports that the newly carved Savannah Region has recorded 34 new cases of the novel COVID-19 bringing the total number of recorded cases in the region to 35.

Whilst admonishing residents of the municipality to strictly adhere to the safety protocols outlined by the Ghana Health Service,he appealed to World Vision to still consider the municipality in any future support in the fight against the virus.

He pledged that the municipality was going to put the items into good use.

Mr.Felix Apeti,the Savelugu Cluster Manager of World Vision who presented the items on behalf of the National Director and the Northern Regional Operations,disclosed that the goal of World Vision is to see every household in the municipality owning a hand washing facility.

It was his hope that the assembly will distribute the facilities to needy communities,especially World Vision RC communities.

Hitherto to this donation,he said they have distributed substantial quantities of Personal Protection Equipment including: protective overalls, surgical gloves, cleaning gloves,hand sanitizers, hand washing stations, detergents among others across the country as part of their response measures.

He also revealed the readiness of World Vision to support the assembly with fuel to supply water to communities in order to promote regular hand washing.

Ghana's Coronavirus case count according to data released by the Ghana Health Service now stands at 12,193,with 58 deaths and 4,326 recoveries.((This leaves the total active cases at 7,813). 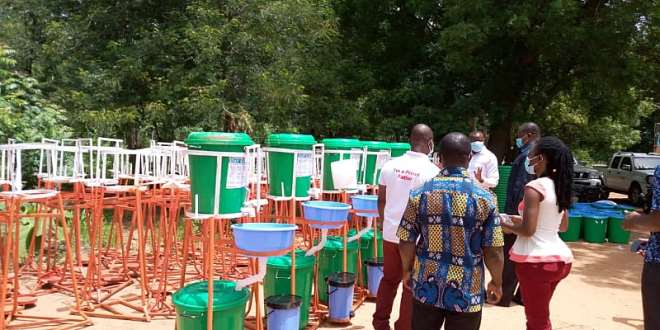 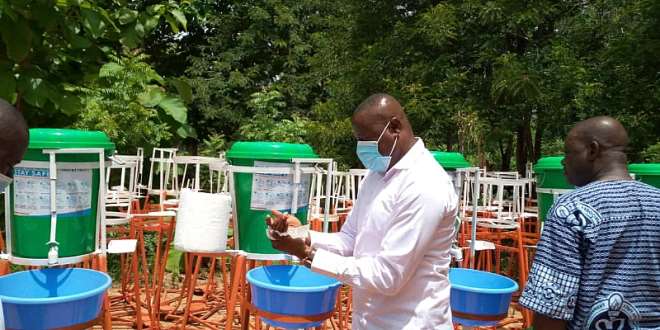 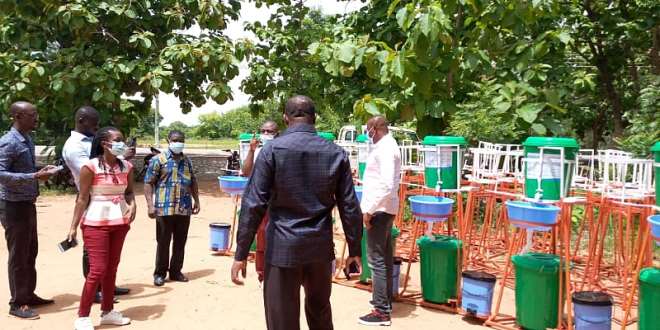 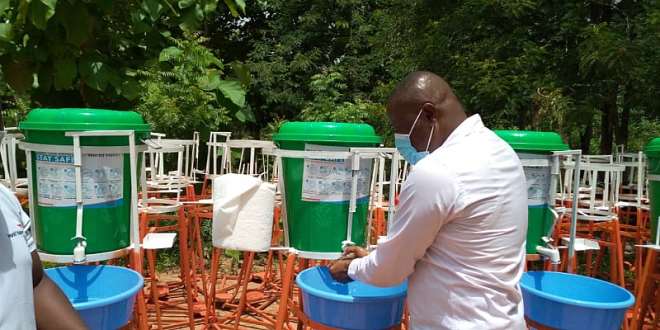