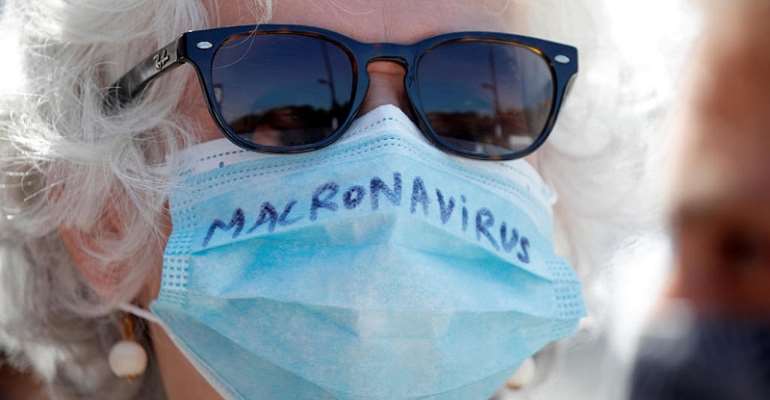 A French parliamentary commission of inquiry into the coronavirus crisis – intended to dissect the “failures” on the part of authorities – opened Tuesday before the National Assembly.

In one of four investigations into the way the epidemic was handled, ministers, health agency bosses and government advisors will appear in front of MPs for six months of hearings to "establish the genealogy and chronology” of the outbreak.

"The time for government communication has ended and the time for truth has begun,” the inquiry's rapporteur, Eric Ciotti, told radio station Europe 1.

A member of the right-wing Les Republicans party, Ciotti has made assurances the inquiry is not seeking to “prosecute anyone”, but rather to identify the “faults, flaws and major dysfunctions” in the handling of the crisis, to ensure they are not repeated.

In a tweet (above), Ciotti called out French President Emmanuel Macron's "surreal denial” of the impact the virus has had on France, where it has killed more than 29,000 people in what is the world's fifth highest death toll.

“We owe the truth to the French people; the main concern driving me is ensuring this never happens again,” he told Europe 1.

Unlike the parliamentary fact-finding mission that issued its report on 3 June, the parliamentary inquiry has extended powers of investigation: its summons are legally compulsory, its hearings are held under oath and its members can carry out document checks.

Government ministers, however, can only be held accountable only by the Cour de Justice de la République – which has received 84 complaints – while President Emmanuel Macron as France's head of state enjoys immunity from prosecution.

Meanwhile the Senate has also scheduled a commission of inquiry, to be set up later this month, while the Elysée Palace has said it wants to create an independent commission of its own.

Following complaints that have been made over the past few months, investigations into France's management of the coronavirus crisis are “flourishing on all sides”, France Info reported, adding they have lawmakers worried.

Some reports say Paris's judicial investigation risks undermining the other inquiries, and that decision-makers may feel reluctant to speak freely.

Covid-19 response a lesson for the future
Made up of 32 MPs from across the political spectrum, the parliamentary probe comes amid widespread political consensus that France must learn from an unprecedented episode that saw the entire population locked down for two months, plunging the country into a deep economic and social crisis.

The MPs will discuss the management of mask stocks, France's testing strategy, the care of nursing home residents, border controls, the holding of cultural and sporting events and medical prescriptions.

They'll also likely look at the Europe's lack of medicine production and protective equipment, with Macron himself noting the EU's “dependence on other continents to procure certain products” during his speech last Sunday.

France's director general of health, Jérôme Salomon, will appear before the inquiry on Tuesday, followed later in the week by scientific council president, Jean-François Delfraissy, who advised the government on strategy, and the controversial Marseille professor Didier Raoult – along with other scientists and politicians.