Atheism And Virus Of Taqiyyah In Muslim Communities 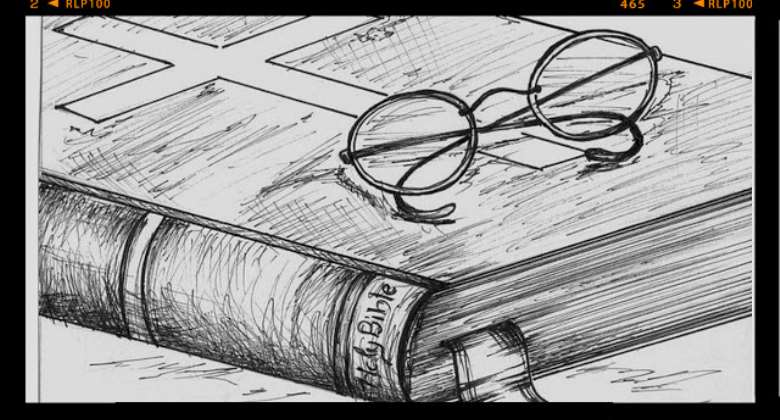 Since the arrest and detention of Mubarak Bala, the atheist community in Nigeria has been afflicted by a more virulent form of Taqiyyah. Some Muslim individuals, who are seeking to fulfill imagined protective duties, have reached out to atheist and humanist organizations.

These questers for this-worldly and otherworldly gains, desirers of Ummah capital, and transcendental mileage have been the prowl. Even before the arrest of Bala, Taqiyyah Muslims were there. Taqqiyyah lurked in the underground atheist movement and is linked to Bala's arrest, the outing of atheists, and a clampdown on freethinkers in the region. In the post-Bala-arrest dispensation, Taqqiyah is taking a more insidious and desperate dimension as Muslim zealots seek to consummate their jihadist intent.

From the Arabic word, waqa which means to shield oneself, Taqiyyah is a practice in Islam of concealing one's religious dispositions due to threats of murder and persecution. It is deployed as a protective gear for Muslim individuals or communities especially minorities living in majority sections. In the context of the atheist movement, Taqiyyah Muslims are double-faced Muslims who deceive and lie about their identity and intent.

They have a real face, which represents their authentic Muslim identity. And the other face which they assume to commit mischief. Amphibian in nature, Taqiyyah Muslims display abilities to blow hot and cold at different times, and claim to hold religiously contradictory positions. They approbate and reprobate for the sake of Allah and Islam. Taqiyyah Muslims present themselves as atheists while concealing their Muslimness. They pretend to be ex Muslims or non-Muslims. They infiltrate atheist networks mainly to gather information for their Muslim sponsors and interest groups. These special forces of Mujahideen spy for the Islamic establishment where their genuine loyalty lies. They are the secret service agents of the Ummah. Taqiyyah Muslims indulge in religious espionage. They strive to fulfill a sacred obligation that is confessionally meant to earn them Allah's reward in the hereafter. Simply put, Taqiyyah is a religious duty. Atheists in Muslim dominated communities are in danger not really because Allah exists and has the power to harm or punish them in any way. Atheists are endangered mainly due to the treacherous exploits of Taqiyyah Muslims.

Some Taqiyyah Muslims are members of various atheists, humanists, and freethought groups. In most cases, they are dormant, and seldom participate in physical meetings. These Muslims joined in lodging a petition against Bala and in supplying information to those who brought the petition. Recently some persons outed a former Taqiyyah Muslim, who is gay to highlight his hypocrisy. This Taqiyyah gay Muslim used fake and multiple Facebook identities to infiltrate atheist networks and gathered information about atheists and atheism in the region.

It is these Taqiyyah Muslims who compiled the so-called list of atheists that the petitioners said they would use to "pick up" other atheists who would be prosecuted along with Mr. Bala.

Since the arrest of Bala, two persons have been exposed as Taqiyyah Muslims who are trying to out and implicate atheists. They used multiple Facebook accounts to disguise and hide their real identities. They used these accounts to contact atheists pretending to be in danger. These fake ex-Muslims asked for support or asked to join the humanist organizations. They set up accounts and used them to send known atheists friend requests on Facebook.

In these two cases, local contacts cross-checked and discovered that they were spies working for the petitioner-Muslims. One of them, MH contacted some humanists stating that the sharia police, Hishba, detained him for denouncing Islam. He wanted to join an atheist organization. After some background checks, local sources advised that MH was "a scam and belonged to the group looking for ex-Muslims to be arrested".

In another fraudulent move to infiltrate the atheist network, MH opened a second Facebook account with the name Bala Fred Mubarak. After some investigations, it was discovered that MH was using this Bala-like identity to confused and entrap atheists. In a related development. local and international atheist leaders have also been approached by another Taqiyyah Muslim, GM. Like MH, GM claimed to be ex-Muslim seeking help and support from atheists. Some people sent the contact details to an atheist in the area. After making some inquiries, an atheist source in the region stated: "He is a confirmed spy for those guys who are threatening and intimidating atheists. No doubt about it".

It is interesting to see how those claiming to be angry over Bala's Facebook posts and are campaigning to have him jailed or killed are using the same Facebook to perpetrate fraud and mischief.

Government meeting with Minority over e-levy ends inconclusi...
1 hour ago