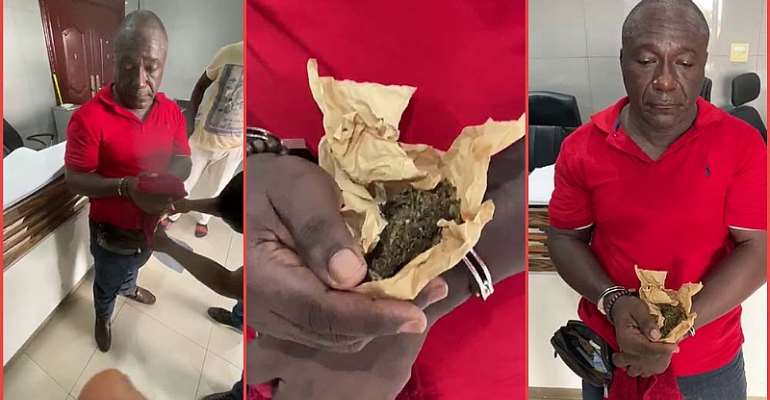 The General Overseer of Hezekiah Prayer Ministries, Apostle Kwabena Owusu Agyei has been slapped with three charges by security authorities after his arrest on Tuesday morning.

Prophet Kwabena Owusu Agyei was picked up by the Bureau of National Investigations on Tuesday morning [June 9, 2020 ] during a live interview with Accra-based Hot FM.

His arrest follows some comments he is alleged to have made that were deemed to be threats on the life of the Chairperson of the Electoral Commission (EC), Jean Mensa.

The pastor in a viral social media allegedly warned Jean Mensa to suspend the plans to compile a new voters’ register or risk being killed.

The self-acclaimed prophet is also being interrogated over some allegations he made against the President regarding the death of Abuakwa North MP J.B. Danquah-Adu.

There have been many calls for his arrest by various groups and individuals who say his comments must be taken seriously.

A group called Okyeman Youth For Development in the Eastern Region also called on the National Security to sanction the pastor for threatening the EC boss.

Following his arrest, it emerged that the police found some narcotics in his possession.

Meanwhile, the lawyer for the suspect, Victor Adawudu says he is yet to see his client although they have visited a number of police stations in Accra to find him. Below is the charge sheet 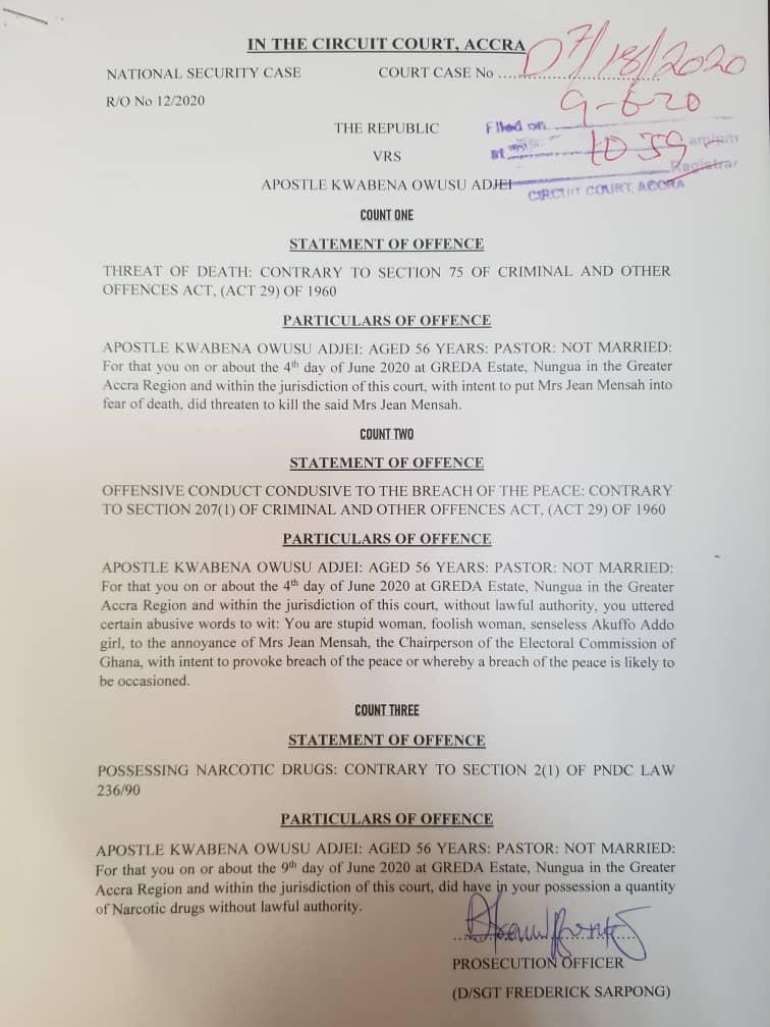