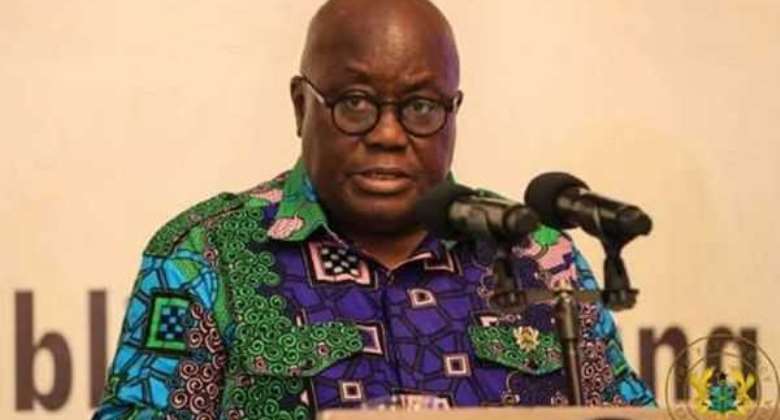 “I know some political actors would want you to believe that our current numbers represent a failure on the part of the government” but “do not begrudge them”, adding: “They need to make such comments for their political survival”.

President Akufo-Addo has said whiles addressing Ghanaians on the COVID-19 situation on Sunday, 10 May 2020.

“Twenty-two person, virtually all of them with underlying illnesses such as hypertension, diabetes and chronic liver disease, have unhappily died”.

But he said contrary to what the political actors may say, “on the contrary, we must be emboldened by the knowledge that the 4,700 persons infected so far with the virus, have been identified, isolated, and are being treated”.

“These relatively lower daily numbers of infection are welcome and reinforce the fact that the measures taken to help reduce person to person contact and help defeat the pandemic, are working”, the President said.

The President noted: “We must understand that the more people we test for the virus, the more persons we will discover as positive and thus, have the opportunity to isolate and treat them. If you do not test people for the virus, you will not find the persons who are positive, let alone isolate them from the population and treat them and prevent them from spreading the virus”.

“Indeed”, he pointed out, “had we not been proactive in undertaking enhanced contact-tracing of infected persons and had relied solely on testing people who reported to the hospital, which is the practice followed by some other countries, routine testing, our total case count would have stood at 1,413. The other 3,232, two-thirds of the population of positives, would have been undetected and still be within the population, unknowingly infecting others”.