A question for the Irish: who will we be after coronavirus lockdown? 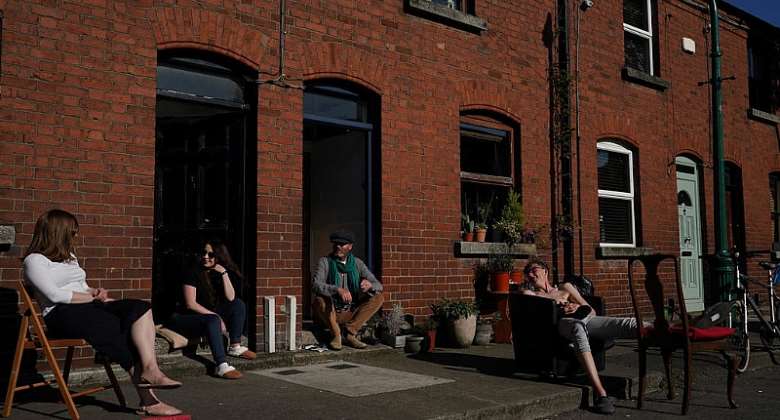 Ireland started 2020 as one of the fastest-growing economies in the European Union. In a world ravaged by Covid-19, it now faces profound financial and social challenges.

When the Irish government cancelled the St. Patrick's Day parades - held annually on 17 March - it was clear that the latest coronavirus would have a deep impact.

Close to 11 million tourists visited Ireland in 2019, and the Dublin parade that marks the national holiday is a major draw.

All festivities were cancelled – reluctantly – on 9 March. At that stage, only 21 Covid-19 cases had been confirmed in the country.

Schools and colleges shut four days later and later that weekend the government ordered cafes, pubs, and restaurants to close for two weeks.

They are still several months away from reopening.

Changed society
In rapid time, dramatic changes have come to a country where laughter, song and the pint of plain are cherished.

Ireland – with a population of under five million – is a small republic where social interactions are highly valued. Friends here greet each other with firm handshakes and warm hugs. None of that is currently possible.

A more comprehensive lockdown was imposed on 27 March, when older and more vulnerable citizens were advised to 'cocoon' in their homes.

The health system, although under severe pressure, was not overwhelmed. Care homes were hard hit, however, and the death toll was more than 1,400 by early May.

Grieving such losses has been difficult. Only 10 people are allowed at funerals. That limit is particularly upsetting in Ireland, where tradition favours lengthy vigils and large, community-wide ceremonies.

The response to Covid-19 has been complicated by a political deadlock following February's general election.

A caretaker administration has had to manage the unprecedented pandemic, including some ministers who lost their seats in the vote.

The caretaker government swiftly oversaw a rent freeze and the temporary end of a two-speed health service, while extra accommodation was sourced for the country's 10,000 homeless.

Before Covid-19, many such measures had been dismissed as unrealistic by the outgoing Taoiseach, Leo Varadkar, and his Fine Gael party.

Economic factors
The economic outlook is grim, with unemployment quickly jumping from five percent to - at least on a temporary basis - 28 percent. Nearly 600,000 people are already receiving an emergency Covid-19 unemployment payment.

A shared border with Northern Ireland, which is part of the United Kingdom, complicates matters further.

On 1 May, though, Varadkar announced a five-stage roadmap on a “journey to a new normal.”

But what will that look like? Gatherings of more than 5,000 people have been banned until September, and secondary school exams, big summer music events, the Rose of Tralee festival and the National Ploughing Championships agricultural show will not go ahead.

Another casualty is the main sporting entertainment of the summer – the All-Ireland Championships in Gaelic Football and Hurling. These two national sports are hugely popular, and 82,000 people attend both finals in August and September.

Participants in the All-Ireland series are amateur, drawn from local clubs that are the pride and lifeblood of parishes around the country.

“Big matches are about the community as well as the competitors,” Sean Moran wrote in The Irish Times.

“As a celebration of the games, which is what they primarily are, All-Irelands in an empty stadium would be pointless.”

Path out of lockdown
The chief medical officer warned that Ireland's route out of lockdown will be cautious and conservative, starting on 18 May with the easing of some work restrictions.

Visits to other households will be permitted in early June, while cafes and restaurants will be accessible later that month.

Museums, galleries and places of worship will open on 20 July. Schools will gradually restart from 10 August.

For some, the changes can't come fast enough.
The Irish Hairdressers Federation said that the black market for a haircut – via a home visit – had erupted recently, with clients offering up to four times the normal price.

Publicans are also adapting in the hope of persuading government to allow them to start trading – with a reduced capacity – before August.

Brexit, meanwhile, will have serious implications for the UK's neighbours in Ireland. A transition period ends in January, but there has been little progress in EU trade talks.

Other problems, however, are already mounting up. Tourism has been badly affected. Residents have been encouraged to prioritise a 'staycation' in Ireland to support the hospitality sector.

A pre-Covid-19 housing and rental crisis will soon come back into focus, and – traditionally lagging behind on EU environmental targets – Ireland faces difficult decisions on climate change.

Green shoots of recovery seem distant for many here who fear the return of the austerity policies they suffered after the last recession began in 2008.

Industrial strife may be in the offing too. Thousands of public sector healthcare workers went on strike over conditions and staff shortages last year. Having heroically saved lives during the current crisis, they will now expect to receive better treatment themselves.

Covid-19 has caused everyone to reflect. 2021 will mark 100 years since the end of both the Irish War of Independence and British rule on most of the island.

Just like they did then, a shaken Irish people must decide what type of country they want to live in.