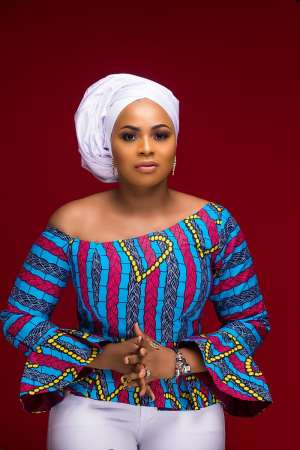 Among the seven continents around the world is Africa. The most resourceful and hardworking citizens who can risk their lives under the hot scorching sun for survival.

It is a region that seems to offer a rich collection of culture, resources, places of wonder, and scenes of the circle of life. As vast as it can get, no one can truly travel it in a month without missing hundreds of sights except you live in it to experience it all.

It wouldn’t be farfetched, if the continent is considered the most with natural resources and thus, never should be wallowing in the pits of poverty. But what is seen in the lens of the microscope when its view is positioned on the continent?

Slums, abuse, poverty, bad roads, educated illiterates, refuse, corruption, armed robbery, and a whole lot more that is despicable. A lot of times we read articles on the need for Africa to arise, the need for Africa to unite; there is everything at our disposal, we can manage them, we can do it. An African president was even of the notion that; his country is beyond aid.

So what’s with this continent then? It is of this same Africa, that leaders such as Kwame Nkrumah, Mohammed Gadhafi, Nelson Mandela and the likes arose for its unity with loads of mechanisms and measures to create the need for a stronger force to march boot for boot with other continents. Ask our leaders which fundamentals they have added to the afore leaders’ mechanisms to raising Africa high and I bet, they will have nothing to show.

They will have nothing to show? What about the luxury they swim in? what is more irritating is the fact that, they travel out their own country to seek health care elsewhere. Major hospitals in Africa have never cured a president or a governor yet no attention has been paid to health centers. A community of about 2000 people only have one clinic with two nurses, but there is a member of parliament with eight to ten cars who live outside the country with his family. How sad Africa?

Malcolm X, in one of his quotes, stated that “you have to realize that up until 1959, Africa was dominated by colonial powers and with the colonial powers of Europe having complete control over Africa, they always projected Africa in a negative light- jungles, savages, cannibals, nothing civilized.”

The Europeans lived long in Africa not only to steal what we have but came to the realization that, we would kill our own kind for a token, and as such all our fine leaders made their way to their graves because all those that stood by them later came against them. Why then won’t we be described as savages, cannibals, and nothing civilized?

Today, China is evading the shores of Africa and are luring its leaders with money in return of their factories and natural resources. We all know of how our reserved water bodies and forest for use by indigenes, have all been contaminated due to illegal mining. Yet monies have been collected by our highly educated leaders who are watching on as these reserves get destroyed.

Countries like Nigeria, Congo, Ghana, Zambia, South Sudan etc are hugely indebted to China that, China have taken over their electricity companies, vast lands, factories and mines because they are incapable of settling their debts.

“I dream of the realization of unity of Africa, whereby its leaders combine their efforts to solve the problems of this continent. I dream of our vast desserts, forests of all our great wilderness”. Nelson Mandela. Will the dream of Nelson Mandela ever fathom? Can’t we go past the articles of corruption, poverty, and diseases and rather read about the continent’s unity and careful management of resources has made the Europeans rather dependent on us?

Truth is this, Africa may never settle off its debts to China and the IMF due to our educated but illiterate leaders. The infrastructures being built with their monies can never yield more to pay off and as such they will take over the economy as they have begun with others. Amazingly when they take over, indigenes of the country are never employed into their companies and before you know they have flooded the place and could overthrow a government to assume reigns of governing.

The western world has brought us nothing but viruses, diseases, fake vaccines, fantastic loans with long term payments and less interest just to wipe us out. African leaders are refusing to see that, if the viruses don’t kill us, the fake vaccines will, if the fake vaccines don’t, the fantastic loans can never be paid giving us a no win situation but to surrender to them for a total wipe out; they want the African continent with no African in it!

They don’t want us to develop nor use our resources because they need it. They believe Africa is a huge continent therefore in the year 1999 – 2000 the Kissinger policy was introduced by the USA, Canada and Europe. They contributed an amount of $6billion dollars on contraceptives, not to help the people or build infrastructures but rather to depopulate the continent Africa. Well if you didn’t know, now you know.

The black man in Africa had mastered the arts and sciences; he knew the course of stars in the universe before the man up in Europe knew that the earth was flat. So why then are we being invaded by foreigners who want our natural resources? Do you think our leaders are unaware of what’s going on?

Well, these invaders have rather met an incompetent race, a race that thinks if you are able to talk you are more powerful. Talk is cheap, we can give speeches on air but cannot do anything for ourselves.

Look at the African presidents, they all have western degrees, Harvard, Cambridge Oxford etc. yet they have nothing to prove with it. The Chinese may not have all these degrees but ask yourself how he’s able to develop himself better than the degree holders who can only give speeches.

Give an illiterate Chinese farmer, $50,0000, to come down to Africa; in a period of three years, he can function better than the Africans he met down here. He can export 20 million worth of gold from Africa to his country. First he will hire the military to protect his crops, export them and make a double of the 50,000. After which he will buy music instruments for the church in the neighborhood he has the farms and they will forever be grateful to him.

All the wealth of African governors is banked in Swiss banks; they buy houses in foreign lands which can build infrastructures in their states, provide thousands of people proper health care, education, good drinking water and a better livelihood. But no, they spend money on vague values.

It’s not about hating the Chinese or any European country as such but let’s access ourselves. No animal will send its food to other clans when his clan is in need of it. Half a million will build a factory in a village but what we see is private jets, expensive cars and loose talk instead of building factories like the uneducated Chinese.

We are highly educated than they are but how come they are smarter and intelligent than us? The thing is what is wrong with Africans? the Chinese aren’t the problem, we are! Sitting down to analyze, strategize and implement is the problem. We hear them on radio and TV ranting day and night yet nothing better can be seen after their four-year reign.

Self-centered leaders who are only concerned about the money they get thus not getting a clearer picture of what’s happening in our world today. If the US or Britain is having an election, they don’t ask of observers from Africa or Asia, yet when we have our elections they want observers. Why is that, because we can’t do anything right! Leaders are not thinking right to cause a united front therefore even when a black is seen in a 1st class he is still treated as 2nd class citizen.

How did we get here? You can’t hate the roots of a tree and not hate the tree. You can’t hate Africa and hate not yourself. As individuals of this noble continent, what is your contributing outa? When you refuse to train your own child in your own dialect, how proud are you as an African? When you beat and maltreat the helpless of your own kind, who will be the first to arise when there is a xenophobic attack? When you don’t stop being a thief now, how would you control yourself if you are to hold an office in government? When we can’t think of others better than ourselves, why won’t we become selfish and amass wealth that belong to others into our own coffers?

Until we have straightened our paths, this continent will no longer be ours by the year 2050.