6 Discipline Tricks Every Nanny Should Know 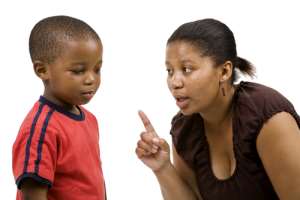 We learn more about children and their minds every year, and that includes things like how best to discipline them. The school of positive discipline is rooted in the work of 19th and 20th century psychologists like Alfred Adler, who explored the inferiority complex, and Rudolf Dreikurs, who expanded on Adler's work and applied it to children's behavior. Broadly, it says that the best way to get ahead with your child and the best way to prepare them for adulthood is to emphasize the positive things they do instead of the negative. By pointing out that it's the behavior that's good or bad, not the child, you can help the child learn right from wrong.

Scolding
Being a nanny means using plenty of positive discipline. As you work with the children in your care, no matter how old they are, you should remember to adhere to reinforcement and punishment systems that emphasize behavior instruction, not retribution. Here are a few tips to keep in mind:

Focus on the Behavior
This one's key. No matter what, you should always remember to keep your disciplinary focus on the behavior, not the children. For instance, if toys are causing some issues and children will fight over toys, guaranteed don't huff and puff and shout at the kids that they're being greedy or unfair. Rather, remove the toys from the situation for a while and explain that they aren't really working out right now. The fight is the problem, and your focus should be on that.

Keep Your Cool
Take a deep breath. Or three. Or ten. Whatever it takes to help you gain some perspective and cool down, do it. Dealing with tantrums, fights or repeated bad behavior can be exhausting, and that emotional drain can leave you frazzled and short-tempered. In other words, primed to blow up at the child and return shout for shout. Before attempting any disciplinary measure, focus on yourself: Are you angry? Tired? Hungry? Worn out? Stressed? Work through your feelings on the matter, no matter how annoyed you are, before discussing with the child their behavior and subsequent punishment. When you're calm, you'll be able to more accurately judge the situation and navigate the conversations ahead. If you blow up at the child, you'll only wind up teaching them that screaming anger is unavoidable and permissible.

Stand Firm on Certain Behaviors
Some things are just non-negotiable: bath schedules, bedtimes, etc. Be clear about your expectations here, and offer praise and positive comments when these schedules are met. This is a great way to establish healthy routines and to teach children that good behaviors will be met with encouragement and thanks. You don't want major things like bedtime to become a battle.

Don't Offer Bribes
Bribing children is a surefire way to send the wrong message about behavior and rewards. A bribe whether it's a toy, a treat or permission for a special activity is a way of telling the child that they don't have to be good to be rewarded, and that as soon as they act out enough, they'll trigger you to start paying them off. This (obviously) is bad for a number of reasons. It makes the children intractable and turns them into need machines, basing every behavior decision on possible payoffs. It also teaches them that getting ahead in the world is simply a matter of bullying your way into a position where someone will reward you to stop being bad. Rather than encourage good deeds, bribes merely encourage bad ones.

Praise the Positives
Offer praise and encouragement for positive behavior. When they clean their room, play well with others, earn academic achievements, etc., tell them they've done well and that you're proud of them. Just as important: use this method to focus on the good while ignoring the bad. When children act out, it's often because they want your attention, and they're still learning how to get it. If they throw a fit or shout or whine to get your attention, turn a blind eye and send the signal that such behavior won't work. When they deal with you politely, though, praise them for their communication skills.

Be Consistent
If you think adults hate inconsistency in relationships, just imagine what it can do to the still-developing mind of a child. As a nanny, it's unfair and confusing to set different disciplinary standards for the children in your care based on your own whims or attitude. For instance, don't just praise positive behavior half the time; praise it all the time. Don't encourage obedience one day and then offer a bribe the next. A huge part of positive discipline involves taking a long-term approach to childcare and teaching children how to behave over time, not just in the moment. By offering them a stable framework in which to grow, you can help them develop good habits and grow into healthy young adults.