Dying careers you should avoid 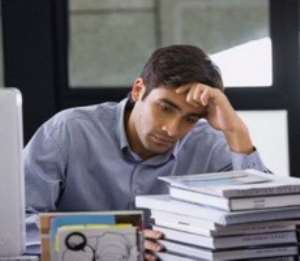 If you're pursuing one of these careers, you may want to think about changing your focus. Check out these five alternatives instead.

It's been said that if you're not growing, you're dying. Well, that seems true when it comes to careers, too. Unfortunately, in today's fast-paced, technology-driven world, sometimes it's hard to predict which jobs will be winners and which will be losers. But understanding the likely trajectory of your chosen field will be crucial to your professional success.

"People need to ensure that they're in an industry, or working to enter one, that has long-term potential and security," says Debra Wheatman, a certified professional career coach and president of Careers Done Write. She says that if you're not careful, you could find yourself putting your best earning years into a dead-end job.

Or worse: By the time you do see the light, you might be stuck. "A career change often times means you have to start over at a more junior level," says Wheatman, "If you have a family or other debt obligations, it could be really difficult. These things have to be considered."

With your professional future in mind, we combed the U.S. Department of Labor, the authority on the nation's job trends, to find five common careers that may not be so common by 2020. And while they might not be completely phased out by then, they'll likely be either on their last legs or barely staying afloat.

And yet there is a silver lining. We also identified five alternatives that the Department of Labor says have a more promising future. Read on to see if your career goals are destined for success, or headed to the unemployment line.

* Dying Career #1: Desktop Publisher
Desktop publishing was revolutionary during the printed media era, helping organizations avoid the cost and complications of using large printing presses to print everything from advertisements to magazines. Today, desktop publishers still design layouts with computer software for newspapers, books, and other printed media, says the U.S. Department of Labor, but the printing party has come to an end.

Projected decline: According to the Department of Labor, desktop publisher jobs are expected to decline by 15 percent from 2010 to 2020. That's a total of 3,300 lost jobs, which is sizable considering the profession had only 22,600 jobs in 2010.

Which begs the question: Why not consider...
Alternative Career: Graphic Designer
Not only does the career of graphic designer have a better outlook for job growth, according to the Department, it also gives you the opportunity to be more creative. That's because graphic designers use computer software, and sometimes even draw by hand, to create visual concepts for logos, websites, or product illustrations.

Projected Growth: The Department projects graphic designer jobs to grow by 13 percent from 2010 to 2020, which translates to 37,300 possible new jobs.

Why it's growing: The Department says that due to the increased use of the Internet, graphic designers will be needed to create layouts and images for such things as websites, electronic publications, portable devices, and video entertainment media.

* Dying Career #2: Reporter
They say a species must adapt or die, and with the trend of the Internet replacing print journalism (you are reading this on the computer, after all), media folks who don't adjust might not survive too much longer. In short, many reporters could be going the way of their typewriters soon.

Why it's dying: The Department of Labor says that because of the trend of consolidation of media companies and the decline in readership of newspapers, reporters will find there are fewer available jobs.

So, if you have a hankering for writing, you might look into...

In the new world of Facebook, Twitter, and all things Web, the public image of a company has never been more important, and so the role of public relations specialist is a vital one. These are the people who evaluate advertising programs, write press releases, and communicate with the media and public to promote a company's public image, according to U.S. Department of Labor.

Projected Growth: The Department projects openings for PR specialists to grow by 23 percent from 2010 to 2020, which equals 58,200 new jobs.

Click to Find the Right Business Program.
Why It's Growing: Thanks to the fact that both good and bad news spreads quickly in the Internet age, the Department says that companies need PR specialists to respond to these news developments. "With the popularity of social media marketers, specializing in that will be absolutely critical in the future. These people will be sought after by most companies," says Susan Heathfield, a management consultant and writer of About.com's Guide to Human Resources.

Dying Career #3: Semiconductor Processor
You'd think if any job was safe in this computer-filled world it would be the people who manufacture electronic semiconductors, aka microchips and integrated circuits. But alas, looking at projections by the U.S. Department of Labor, it appears these workers are destined to be processed out.

So if you're a techie, you might want to think about...

With the recent kerfuffle about China allegedly hacking private companies' databases to perform corporate espionage, it shouldn't come as a surprise that database administrators will be much needed in years to come. Why? Database administrators use computer software to help companies store and organize data, as well as keep that data safe from unauthorized users, says the U.S. Department of Labor.

Projected Growth: Job opportunities for database administrators will grow by 31 percent, from 2010 to 2020, says the Department of Labor. That's a total of almost 34,000 new jobs.

Why it's growing: There is rapid growth in the amount of data being collected by companies, and therefore a greater need for database administrators to keep it organized for analysis, says the Department.

Heathfield says that this "big data" collection promises to be a huge job creator, with companies needing people to organize and analyze the data they have been collecting from consumers for the past decade or more. "Companies are now discovering that they're not using that data and want to start utilizing it," she says.

Education Options: Database administrators have a bachelor's degree in a computer- or information- related subject, says the Department.

*Dying Career #4: Auto Insurance Appraiser
You know those nice men and women who tell you just how much damage your car sustained in your recent fender bender? Well, according to the U.S. Department of Labor, there will be far fewer of them in the near future.

Projected decline: The Department of Labor says this occupation will contract by 8 percent between 2010 to 2020. And although that only amounts to 800 jobs lost overall, it will have a significant impact on the field when you consider that just 10,600 appraisers were employed in 2010.

Why it's dying: Believe it or not, the decline in insurance appraisers of auto damage is good news. Why? Because, says the Department, the loss of employment is due to our cars getting safer. That, they say, will lead to fewer accidents and this will mean less need for insurance adjusters.

So these workers might want to try...
* Alternative Career: Cost Estimator
If you've got a bit of the appraiser in you, cost estimator might be a better gig. These are the folks who collect and analyze data to estimate the time, labor, resources, and, of course, money it will take to produce a certain product or service, says the U.S. Department of Labor. It's an important position for any business.

Projected growth: Job opportunities for cost estimators will grow by a surprising 36 percent from 2010 to 2020, says the Department of Labor. What does that look like in jobs figures? Try 67,500.

Why it's growing: The Department says that this profession will grow as companies continue to look for more cost-effective services and products. The greatest growth, says the Department, will come in the construction industry, especially in national infrastructure projects such as roads, bridges, and airports.

Education Options: More and more employers of cost estimators prefer their candidates to have a bachelor's degree, says the Department, and though field of study may vary by industry, a background in mathematics is important. Some employers could prefer candidates with business-related majors in areas such as accounting, economics, business, finance, and others.

* Dying Career #5: Insurance Underwriters
If you've ever applied for auto, health, or any other kind of insurance, it's likely that your fate - whether you got the insurance and how much you paid for it - was in the hands of an insurance underwriter. Now, it seems, many underwriter jobs are in need of a little insurance themselves. Why?

Projected Decline: Opportunities in this field will increase, but at a mere six percent between 2010 to 2020. That's slower than the average rate of 14 percent for all occupations, according to the U.S. Department of Labor, which doesn't bode well for the future.

Why it's dying: The reason for the snail-paced growth will probably come as little surprise to most. The Department of Labor says that new forms of underwriting software will allow companies to process insurance applications more efficiently than ever and this will result in fewer underwriters needed.

Let's hope these professionals have unemployment insurance, or a backup plan like...

Alternative Career: Accountant or Auditor
If you like working with spreadsheets, examining financial records, analyzing financial operations, and helping companies to run more efficiently to create bigger profits, the job of accountant or auditor could add up for your future.

Projected growth: Accounting and auditing positions are expected to grow by 16 percent from 2010 to 2020, says the U.S. Department of Labor. Talk about growth: The Department of Labor expects 190,700 new jobs in the field by 2020.

Why it's growing: Unless you've been vacationing on the moon for the past five years, you've heard about the financial crises and scandals - all of which has resulted in companies placing a bigger emphasis on accounting practices to adhere to stricter laws and regulations, says the Department. "Every business has to keep track of money, pay taxes, and balance the books, so accountants will always have jobs," says Heathfield.

Education Options: The Department says, "Most accountants and auditors need at least a bachelor's degree in accounting or a related field."