Could a marriage proposal ruin your relationship? 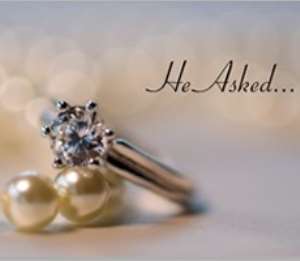 In a hurry for him to put a ring on it? Before you send out Save-the-Date cards, ask yourself if you're really ready.

Are you on the same page when it comes to the big stuff?

“When you realize you might want to hitch your wagons together, start having conversations about values -- spiritual, financial and so on,” says Guy Grenier, Ph.D., author of The Ten Conversations You Must Have Before You Get Married. For a marriage to work, you both need to be on the same page about a major stuff, like whether you want kids, where you want to live and working long hours (or part-time) and what's ok with your partner.

Are you still infatuated?
“People who rush into marriage are often carried by lust masquerading as love,” says psychotherapist Michael Batshaw, Ph.D., author of Before Saying 'I Do': The Essential Guide to a Successful Marriage. Getting engaged while you're still in the butterflies-in-your-stomach phase of the relationship might be enticing, he says, but your marriage may not survive when the romance fizzles.

Have you had enough life experiences?
About 60 percent of couples who marry between the ages of 20 and 25 will divorce, according to the (US) National Center for Health Statistics. Without a few life experiences under your belt, you may not be ready to settle down.

During your early 20s, everything is in flux, says Parkman. You're finishing college, getting your first job and establishing a career path. There's a ton of change. “One of the biggest causes for divorce is if your relationship or other key circumstances change after you're married and [your life] is suddenly different than how you expected it to be,” he says. How you deal with change can make or break your relationship.

Do you have enough money?
"In marriage, as in single life, not having enough money to meet your material needs on a regular basis (whatever they are relative to your lifestyle) causes great stress," says Batshaw. Stella, 28, who dated her fiancé for seven years before getting engaged. She says they waited until they were mature enough to have a serious discussion about money and until they were more financially secure.

“Now, we both have the careers we always wanted,” she says. “We can actually afford a wedding and we're stable enough to really begin married life.”

Do you fight right?
Until you've had it out with your honey a few times you're not ready to exchange vows. “Getting married before you've had a few good fights is a bad idea,” Batshaw says.

“It's naïve to think you have a match made in heaven because you 'never fight' and agree on everything. The relationship will end badly if you can't successfully engage in and resolve conflict.” If you can fight, make up and move on, you'll know you can weather problems down the road.

Are you ready for the long haul?
Have you laid the groundwork for a long-term relationship? Tiffany, 29, and her husband spent a long time forging a bond of trust and support before getting married. “Your partner is one of your best friends -- the person that you share everything with,” she says.

“I learned that I could count on him for anything -- advice, love, a shoulder to cry on when I needed it." The years they spent dating showed them they could stay committed to each other. "You need to know that you can really depend on your partner -- that you're a team, no matter what."

Are you past the "polite" phase?
Before marriage is even an option, Grenier says you must be able to communicate your needs -- your real needs -- to your partner. “If you're going to create a relationship that will work for you, you need to talk about it in a candid, unapologetic way,” he says.

For Sara, 28, this meant getting over trying to be the "perfect" girlfriend. ”When my fiancé and I were dating, I learned to speak up and express myself when I was unhappy. This only made our relationship stronger and better, and put us in a place where we know we can work out our issues in a real way."

Do you make a point of doing your own things outside the relationship?

Maintaining your individuality is critical to a successful marriage, Grenier says. While you'll likely have some of the same hobbies and like spending most of your time together, it's important to find the balance between "me time" and "us time" so you can still be your own person in the relationship.

Are you caving to pressure?
"Many times, family pressure, competition with friends and [getting older] will make a person feel pressure to get married, Batshaw says."But allowing anxiety about 'never getting married' or doing it 'late' will cloud your judgment, often ending in unhappiness and dissatisfaction." No matter what, or who, might make you anxious about getting married ASAP, "don't let external pressure make you overlook your own intuition," Batshaw says.

Would you rather break up?
Are you getting married because it seems like the logical next step, and not because your heart is in it, asks Grenier. “I recently spoke with a client who's profoundly unhappy,” says Grenier. “He and his girlfriend were high school sweethearts and, out of sheer momentum, they decided they may as well get engaged.

Now he's realizing that the relationship never worked for him, but he didn't know how to resist the momentum,” says Grenier. “I have never heard someone in a long and successful marriage say, 'I wish I had gotten married earlier,'” Batshaw says. “However, in the vast majority of divorces I have seen, either one or both of the partners have said, 'I wish we had gotten to know each other better before we got married.'”