10 Ways to know if a woman is interested in you 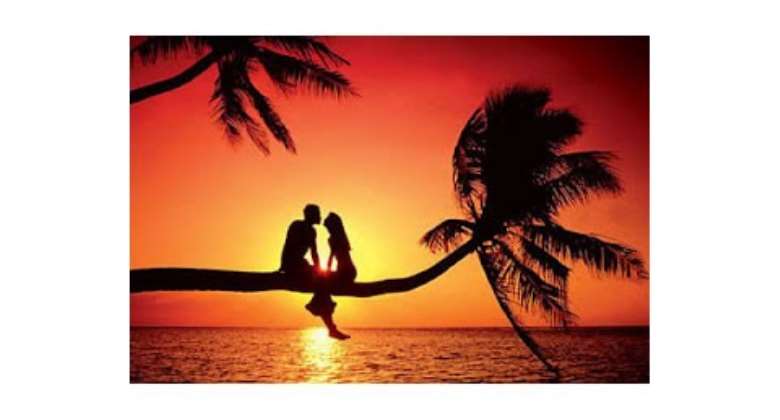 1. Spend time with her before assuming anything

It's important to get to know her better and to give her the chance to get to know you too. Find a shared activity, like a sport, a hobby, a club, or even just hanging around chatting during lunch hour so that you can simply be around one another long enough to get the vibe. While you may be tempted to lock eyes across a crowded room and know “she's the one”, it's a lot better to try and spend time around each other before letting instant attraction do all thedecision-making.

2. Look at her unconscious acts first
Body language will provide the first hints about how she sees you, so be ready to spot them. Some of the main things to look for include:

* She will seem to stand taller, pull her shoulders back, and pull her stomach in.[1]

* You'll see her licking her lips, touching her neck or lifting her head so that more of her neck is exposed.

* She may lean toward you more, or move closer to you. She might lean in to whisperas an excuse to get closer.

* She might start playing with her hair and wiping imaginary dust off your clothes.

* Look for the blush; that's a fairly good sign she's keen on you.

* Watch for her touching you and mirroring your movements. These are signs too that she's interested.[2]

3. Listen to what she says to you
If a girl is interested in you, some of the things she says will start to give away her interest. For example, she might suddenly start to call you by a pet name and start complimenting you. Other verbal signs of interest in you include giggling, laughing at your jokes even if they're pretty lame, and asking for your help.

* Crack a joke. It doesn't matter how bad it is; if she's interested in you, she'll laugh. If she's not into you, you'll get such responses as a steely look and no laugh at all, a pitying smile, or a condescending comment.

* It's a really good sign if she asks you a question she could easily find the answer to herself.

4. Watch her eyes
For starters, if you get close enough to see, you might notice her pupils dilate – they will do this if she's interested in you. Moreover, she will start tomaintain eye contact and even lock eyes with you once she's interested in you. She will scan your face, do a double-take, and give you a darting glance, then a second look.[3]She may also look doe-eyed or dewy-eyed when she looks at you.

* Take a moment during class, after studies, or whenever she's around to check out where she's looking. If she's watching you or looks at you and then quickly looks away when she spots that you've seen her, she's interested. These little glances mean that she's thinking about you, a lot. Focusing her view on you is a great sign of interest.

* Avoid showing embarrassment about catching her glancing at you. That is the last thing she'd want to make you feel and in turn this would make her feel embarrassed. Act naturally, smile and look away to give her the space to recover.

Be wary if she is staring at you but not smiling, ever. This means she is not interested in you; either she is daydreaming or she's having thoughts about how to get you back for a slight she considers you've committed toward her. No smile at all means you're doing something wrong.

5. Watch her movements around you
Is she turning up everywhere you seem to be? Is she showing a sudden interest in things that you're keen on but she's not so big on, such as your football games? If she is willing to go out of the way to an event or game she'd normally have nothing to do with, this is a big hint that she's interested in you. It gets even clearer for you if she takes the time to ask you questions about the game or about your involvement in it; that means she's definitely into you. If she compliments you on a shot or kick you made or asks you why you didn't play, it shows that she has been paying as much attention (if not more) to your individual involvement than the game itself.

6. Notice her personality: Personality changes can be a big sign of her interest in you – look for signs such as her being bubblier, quieter, or somehow different from her usual self when she's around you. Such changes indicate nervousness in your vicinity and this nervousness is a sign she has a crush on you.

* Sit down next to her at lunch, or during an activity, totally out of the blue. This will mean that she doesn't have the time to prepare herself to meet you and her flustered responses will tell you a lot about her feelings for you.

* If she's showing off around you, that's a sure sign she likes you and is trying to impress you.

7. Strike up a conversation about things that she is interested in

Even if she is shy, try and draw her out by asking her about her own interests. If she seems comfortable talking to you about herself and about her interests and points of view with you, this might indicate that she is keen on you. If she shares opinions and comments with you in a way that suggests she is being careful not to sound too strident, bossy, or opinionated, this could mean that she's toning down her usual bravado to encourage you to take an interest in her.

* Does she talk to you more than she talks to other people (anybody not obviously a friend)? If she's usually not extremely talkative, and usually waits for someone else to start a conversation, it's a good sign for you! It means she's trying hard to gain your attention.

8. Test her
If she's hanging around with other girls or male friends, there are a few things you can try to see how she responds:

* Go up to her when her friends are all around her. If they suddenly disperse to leave the “two of you alone together”, it means she has already told them she likes you and has asked them to scram should you come along.

* Compliment other girls when you talk to her. If she responds icily or visibly blanches or stiffens, you've just brought out her jealousy, which means she likes you for herself. Don't keep her in this state; brush off the compliment as something vague and come back with a compliment twice as good directed at her alone.

* Wave and say hello when you see her talking to another guy. If she appears flustered, uncomfortable, or looks down, this may be a sign that she's not happy about you thinking that she likes this guy over you. If she didn't have any response or simply waved back vaguely, this would indicate that she's not that interested into you. Also realize that she may be more shy around you than she is around guys she considers to be “just friends”.

* See if she looks to you for your reaction when she is talking about things with others, especially with other guys. This can be a sign that she cares more about how you react than about the other people she's talking to.

10. Pluck up the courage and tell her that you like her

You have had all the indications above, and you've decided the feelings are mutual and you'd really like her to be your girlfriend. The next logical step is to own up to liking her enough to want to be her boyfriend and to hope that she'll respond in kind.