How to deal with family backstabbers at home 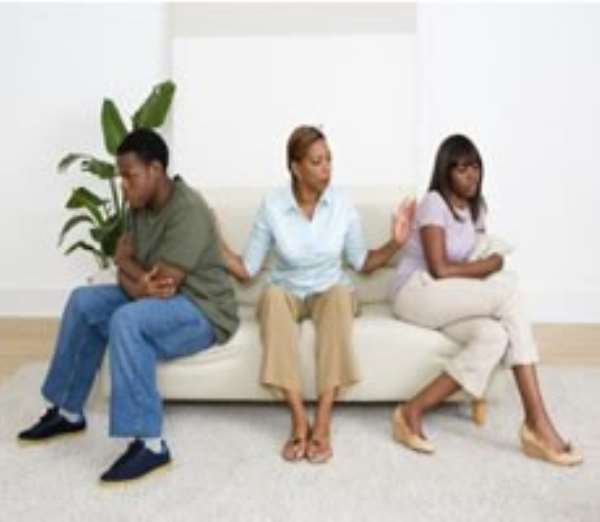 Overview
When a backstabbing family member says negative things about you to others, it can send you reeling. Families are supposed to be made up of people who love each other unconditionally and are often the last people you expect to have negative thoughts about you. If you find out that a family member has been speaking ill of you behind your back, honest communication is the best recourse. Try to resolve the issue and if it doesn't work, cutting the hurtful family member from your life might be necessary.

Step 1
Stay neutral when you learn of the backstabbing comments or actions. You'll likely hear from another friend or family member of the betrayal, but your conflict is with the one doing the backstabbing only. Don't involve parties unnecessarily, which can escalate the conflict to a more serious family problem. Try to verify that what was claimed to have been said was actually said.

Step 2
Ask to have a private conversation with the person who has been speaking negatively about you. He likely won't realize that you've been informed of what he has said. Have the conversation on neutral ground, in a quiet place free of distractions and other outside parties.

Step 3
After establishing that the person said what was claimed, figure out why the family member has been speaking ill of you to others. She might have a rational reason, such as hurt feelings or a single action that offended her, but she might also have reasons that are harder to identify, such as jealousy. Your family member may become upset or defensive when you question her behavior, so it's important to keep your cool and speak calmly to avoid further problems.

Step 4
Apologize for your part in the altercation. While it's true that the person doing the backstabbing is at fault, you might have unwittingly played a part by ignoring your family member's feelings and causing hurt between you. Request that the backstabbing stop and you work together for a stronger, more open and honest relationship.

Step 5
Remove yourself from the situation and the family relationship should the backstabbing continue. It can be difficult to restrain yourself from retaliating with harsh words and actions, but it only deepens the underlying issues. Instead, simply spend less time with your family member so he has less to talk about. This gives you both time to cool off and puts the next action for reconciliation in the offending family member's hands.