Buying a Ghana-used car – 3 mistakes you must avoid 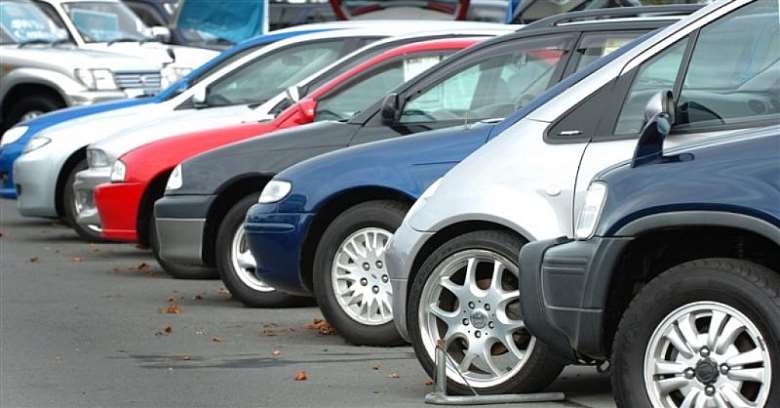 Buying a car is a big decision especially for first time buyers because of the huge financial input it requires to get even a moderately priced vehicle in Ghana.

Therefore, such a decision should be taken with the best awareness of what to look out for in order to get the best deal, and most importantly, to avoid getting duped by unscrupulous car criminals.

My own purchase of a Ghana used vehicle has taught me a lot about purchasing such cars, which would have helped me avoid some of the troubles I encountered had I known ahead of time.

Things to do when buying a car in Ghana

1. Go with an electrician too

The usual advice when buying a car is that you should always go with a mechanic for inspection. One thing that you should know is that, most mechanics who learn through apprenticeship, including some who have undergone formal training are mostly oblivious of how to spot electrical and electronic issues with the car.

Modern cars are full of sensors and a defective sensor may render your experience with a car’s usage hell, if the right diagnosis isn't done and the issue spotted in time. A good auto electrician will usually come along with an OBD diagnostic machine that will be used to scan the car for issues that may escape the mechanic.

I found out the hard way when a used car I bought started having issues with engine stalls, fuel consumption and engine hesitation due to a worn out Mass airflow sensor, a misfiring cylinder and a bad oxygen sensor. These are things only an electronic car scanner can tell you, as mostly, it won't render that car totally unusable but cause problems with efficiency of the vehicle.

It’s no news to us that our roads are bad and such roads take their toll on a vehicle with time. One such effect is rust, which forms a brown aesthetic coloration on the metal parts of the body. Rust ‘eats’ away metals under the vehicle. A vehicle may have a very nice outer body but a much rusted under parts which would require costly body works.

Checking would help you avoid being sold a trouble vehicle or help reduce how much you pay for such a vehicle if you intend to make the necessary body repairs.

The best way to check this is to remove the seats, lift the car carpet and inspect for rust and holes. Also do a roof leakage test to ensure the roof is leak-proof.

3. Get a warranty on the engine if you can

One of the most costly parts of a car to replace, is the engine. It is therefore imperative to make sure the engine of the used vehicle is in good health and the person selling the vehicle to you can vouch for its healthy operation for at least three months after purchase.

This should come in the form of a written and binding warranty agreement on the engine, requiring that the seller bears the cost should the engine require replacement within the stated period from normal use.

A variation of this can be a return for full refund should such a fault be developed within week or two of purchase.

Never be under the assumption that every dealer or seller is genuine. Getting such a deal will significantly protect you from unscrupulous dealers who will sell you a failing vehicle they want to get rid of. Most often, an honest dealer or individual seller would be willing to agree to such terms if they indeed know the engine is not faulty. Since the law recognizes such agreements as binding, you can always seek legal redress in case he/she reneges on the agreement.

There are a plethora of other things to do to protect your interests as a buyer of a used vehicle in Ghana, since there's no equivalent of the US Lemon Law here to protect a buyer from being sold a faulty vehicle. The onus is therefore on the buyer to check and check again to ensure they get value for their hard-earned money.

'A lot of idiots will occupy political positions if money la...
25 minutes ago

Proper management of natural resources will lead us to econo...
36 minutes ago