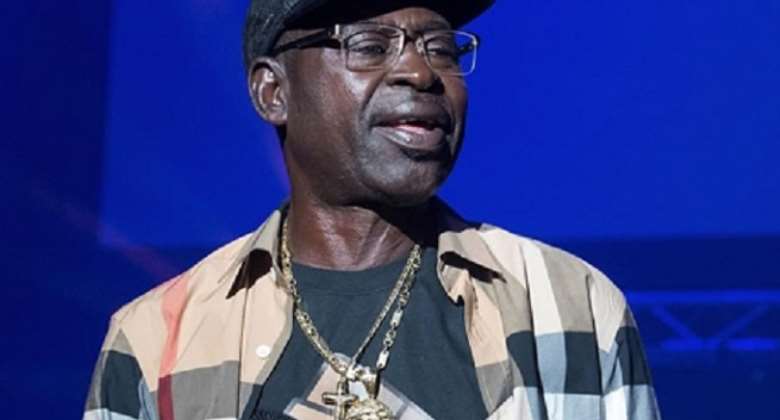 Ghanaian highlife legend, Abrantie Amakye Dede says he is the first person to have introduced the wearing of tattered jeans in Ghana.

Known for his unique sense of fashion, the ace musician in an interview on E Vibes told Becky, he is certain of introducing that fashion trend in Ghana.

“I won’t lie to you, this type of jeans I can tell you, if I’m not the first person to bring it to Ghana then I must be the second person.”

He revealed that he actually used such kind of outfit in his “Debidebi ebeyie yie” album.

According to the Ghanaian sensation, joining the aged club does not exist in his to-do list.

“I always say this that age is a club. If you are ready to join the group, it’s up to you. But for me Abrantie Amakye Dede, I’m not ready to join because I must still look young,” the Iron boy as known by his fans noted.

Amakye Dede began his career in 1973 when he joined the Kumapim Royals as a composer and vocalist.

This band, led by Akwasi Ampofo Agyei (AAA), had hits such as “Abebi Bewua Eso”, “Wanware Me A”, “Odo Mani Agyina”, and the seminal “Ohohoo Batani”.

Dede moved to Nigeria where he had his hit “Jealousy go shame”.

He then formed his own band, the Apollo High Kings, in 1980. He dominated the highlife scene in the 1980s and 1990s and has continued to have hit songs in the 21st century. He has headlined so many concerts locally and internationally.

He has over 20 albums to his credit and has experimented with different genres; soca, calypso, lovers rock and pop music.

E Vibes is a weekly programme that delves into the background of the country’s celebrated personalities who are doing tremendous work in their chosen field of work cutting across sectors.