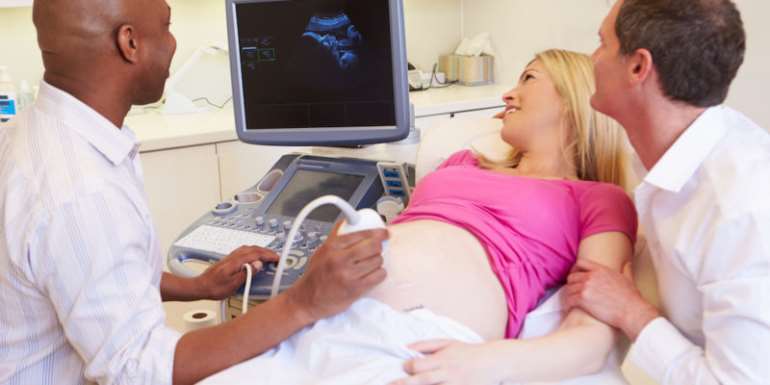 Miscarriages occur, on average, between 10 and 20 percent of pregnancies. In this article, I discuss what the most common causes of this loss are.

Miscarriages are well defined as the loss of the fetus during the first twenty weeks of gestation. It is something quite recurrent as it occurs in a high percentage of the total of pregnancies. Although the causes of spontaneous abortions can be very diverse among themselves, the presence of one or several of them can lead to the end of the pregnancy process.

About spontaneous abortion:
Miscarriage is the premature termination of a child's gestation process. When this happens, the fetus inevitably dies and is expelled from the mother's body.

For a miscarriage to occur, the gestation period must not exceed, at most, the first twenty-four weeks of gestation, because if this is the case, it would be a fetal death and not a miscarriage.

Miscarriages can happen in different ways. Occasionally, the mother only presents some of the symptoms, but the cervix remains closed, so with rest and medical control the expulsion is avoided.

Other times, what is called inevitable spontaneous abortion occurs, in which the neck of the uterus is effectively opened and expulsion occurs; Finally, there is incomplete or retained spontaneous abortion, in which the fetus has died but continues to stay inside the mother's body. In that case, with medical treatment or a small surgical intervention, the waste can be extracted and the pregnancy terminated.

Problems in the cervix or uterus
One of the medical problems that frequently trigger spontaneous abortions is having uterine congenital malformations, deformations due to poor healing after some intervention or cervical insufficiency, that is, having a very weak cervix and possibly the presence of uterine fibroids. However, the effect of the latter condition is not proven.

Chronic diseases
Having a chronic illness can affect the suspension of the gestation process. Among the illnesses most harmful to pregnancy are diabetes, immune system diseases such as lupus, HIV, blood clotting problems and polycystic ovarian syndrome.

Within this group also include infectious diseases such as mumps, rubella, measles, gonorrhea, and listeria.

Consumption of drugs, alcohol or tobacco
The use of these three addictive products that are harmful to health generates a severe risk of suffering a miscarriage. The consumption of medicines, infusions or even excess coffee, because although its negative influence has not been entirely determined, several studies suggest that they could have adverse effects on pregnancy.

Age
Age can also engineer an abortion, both in women over 35 years of age, and in young adolescent mothers. In fact, for the group of women over 35, the risk is double that of the rest of the pregnant population.

An abnormal number of chromosomes
When the fertilized egg has an unusual amount of chromosomes, usually the mother's own body will naturally reject the embryo, and a miscarriage will occur.

Although the above are the most common causes, there are additional causes that affect the development of a miscarriage and that you should know, for instance, obesity, having a recurrent history of miscarriages, pollution by toxins from the environment, trauma, cadres of malnutrition and the consumption of medications such as anti-inflammatories.

Now that you have all the data do not ignore the signals of your body and see the doctor when you consider it appropriate.