The Critic's NoteBook: The resurrection of VGMA 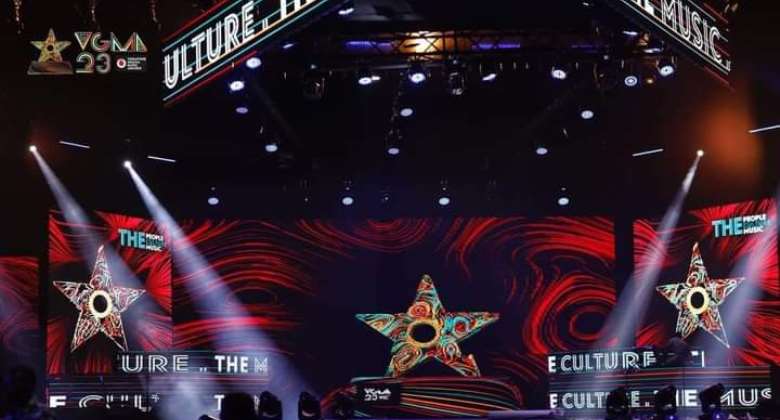 The nostalgic feeling of a baby anxious to be breast fed in an open space.

Resurrecting the award scheme which for some years lost its credibility amongst the general public and the said industry, leading to Stonebwoy and Shatta Wale's fracas.

Peeping through the lens of social media for the past two days, I haven't chanced on any discredited post by social media users or entertainment pundits.

It seemed the act of enjoying monopoly was holding on, the creative sense of our able organizers "Charter House". Moving from poor stage lights, screen display and others this year's set design gave the viewing audience the best still and motion experience.

Chopping the stage for various emcees, gave room for suspense. "Gave the feeling of what's next."

I have always argued that lack of creativity is killing our industry whereas other countries are lifting their industry with creative stage craft.

One can attest that Black Sheriff's performance at the recent 3music Awards actually contributed to his current success story with "Kweku The Traveler" promotion.

Even though the event is over, one can relate and reflect on the superb stage craft exhibited and I will applaud Charter House for the effort injected into achieving such greatness.

I'm skipping "the same question everyday" on the red carpet for later, for a more critical look at the performance of musician Edem who piloted the day one of the events.

Wrapping up on the part one of my critic, I will commend the seated audience for the two nights for contributing to the viewing pleasure.

Part two to be released in two days.