By hana High Commission in Ottawa 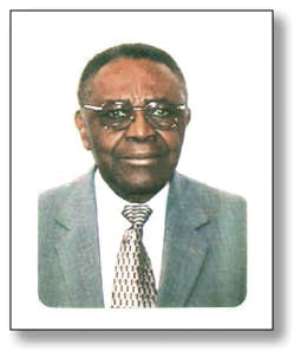 His Excellency Mr. Samuel Odoi-Sykes, Ghana's High Commissioner to Canada, on Wednesday 4th March, paid tribute to Ghana-Canada bilateral cooperation, especially after Ghana returned to multi-party democratic governance in 1992. He was speaking at a colourful and well-attended reception held at the National Arts Centre in Ottawa to mark the 47th anniversary of Ghana's independence. Mr. Odoi-Sykes stated that Ghana shares in common with Canada some fundamental concepts such as the belief in parliamentary democracy, the rule of law and respect for human rights.
Touching on Ghana's active participation in the Commonwealth after attaining independence on 6th March, 1957, Mr. Odoi-Sykes also observed that Canada's extensive assistance to and co-operation with Ghana, though devoid of ostentation, has yielded fruitful results especially in the areas of development, peacekeeping, and the maintenance of security in the West-African sub-region. Mr. Odoi-Sykes briefly traced the post-independence political trajectory of Ghana, emphasising that Ghana's independence served as an impetus to the struggle for self-rule in Africa. He further stressed the pioneering role played by Ghana in the formation of the Organisation of African Unity (OAU), the precursor to the present African Union (AU).
Mr. Odoi-Sykes announced that UN Secretary-General Kofi Annan is expected to visit Canada in the second week of March. He also indicated that a high-powered delegation from the Economic Community of West African States (ECOWAS) Secretariat, led by its Ghanaian Executive Secretary Dr. Mohamed Ibn Chambas will visit Canada within the same period to sign an agreement for a capacity-building grant from the Canadian government to the ECOWAS Secretariat.
In attendance at the ceremony were Mr. Charles Agyei-Amoama - Ghana's Deputy High Commissioner to Canada, staff of Ghana's diplomatic mission in Ottawa, members of the diplomatic corps, Canadian government and NGO officials, as well as several members and friends of the Ghanaian community in Canada.