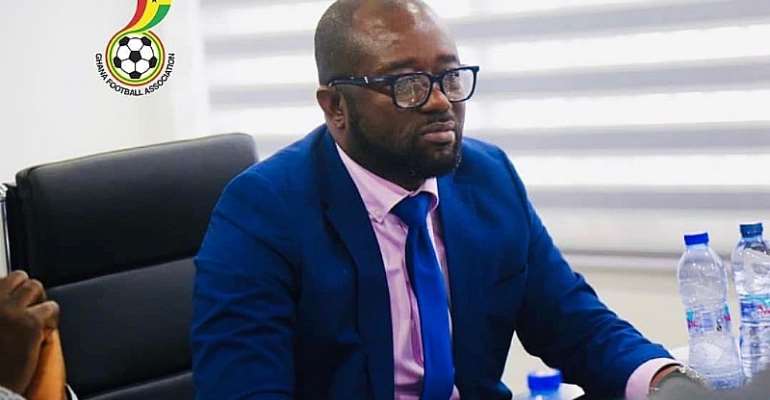 The Ghana Football Association is in an astronomical debt of GHS 12.8 million, a document titled “Legacy Debts” prepared and presented to clubs by the current GFA administration has revealed.

The GFA disclosed the figures to club executives last week in the Kurt Okraku administration’s attempts to share the GFA’s financial situation with members.

The GFA also mentioned West Head, an agency that claimed to have brokered the deal between the FA and GNPC leading to a court battle, as one of the institutions they owe. The amount to be paid as the commission is $1.4 million.

For the current broadcast rights holder, StarTimes, the amount owed them was left blank.

It is unclear why the debt owed Kwesi Appiah is included as a liability of the GFA when the Ministry of Youth and Sports or a sponsor (GNPC in the past) pays the Black Stars coaches.

T.T Ustay, a company engaged to work on the FIFA Goal project at the Ghanaman Soccer Centre of Excellence is owed GH¢ 7.6 million including interest, whilst Care Freight Shipping Agency is owed a little over GH¢ 151,000.

The GFA also owes a company called Henqook, for the purchase of a TV set for the association’s boardroom.

FIND THE FULL DOCUMENT BELOW: 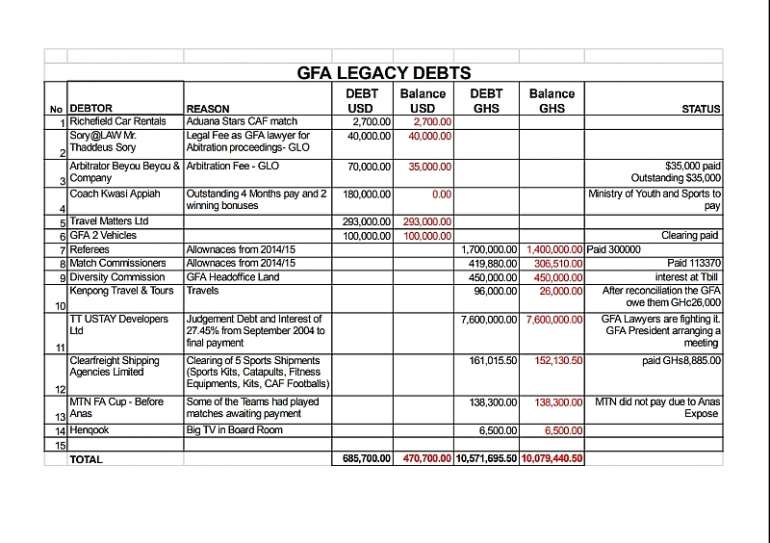