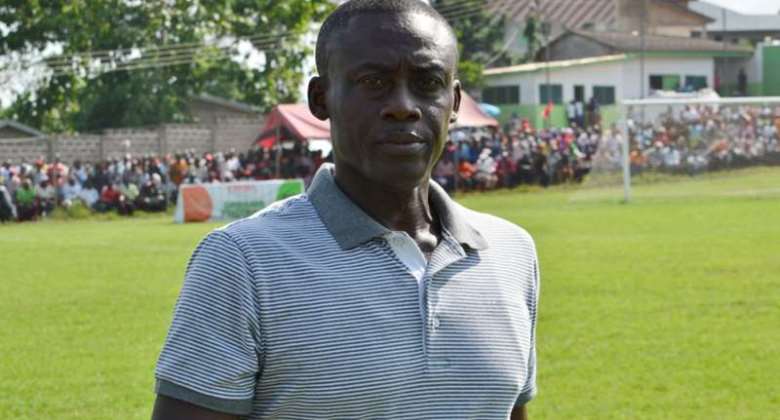 Star Madrid coach, Micheal Osei says he is committed to the club despite his love for his former side, Asante Kotoko.

The former Ghana international took over the Porcupine Warriors after the club parted ways with David Duncan.

According to the former Liberty Professionals trainer, he wants to stay loyal to the Ghanaian second-tier side amidst the ongoing financial crisis at the club.

Speaking in an interview with online portal Ghanasportscenter, Osei debunked assertions that he is eyeing a return to Asante Kotoko, stating that he is happy in his current job.

“Asante Kotoko SC is in my blood, I love the Club. I boiled my heart for Kotoko both as a player and a coach. But currently am happy with Star Madrid, it’s such a wonderful club”, the former Ghana under 20 coach said.

“I am still with Star Madrid because I want to be loyal to them, can’t leave them whiles they are in this crisis”, Micheal Osei added.

Regarded as one of the elite coaches in Ghana at the moment, Michael Osei called time on a glamorous football career in 2006 having had stints with Alem Haibach, Erlenbach, FC KV Mühlheim, Aschaffenburg, SC Weismain, FSV Mainz 05 and Frankfurt.

The German-trained tactician has since been involved in coaching in the Ghana.

Prior to joining Star Madrid in 2017, Osei had stints with topflight sides Asante Kotoko and Liberty Professionals.