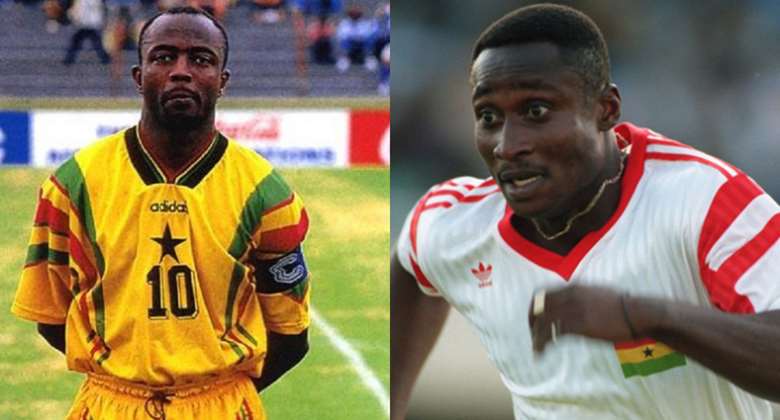 Former Ghana and Hearts of Oak defender, Joe Addo has disclosed that legends Abedi Pele and Tony Yeboah did not take their winning bonuses and per dimes in the national team and rather gave the money to the rest of the team.

Joe Addo, who is now a football administrator had a great career in the senior national team, playing in multiple AFCON tournaments with Abedi Pele and Yeboah.

Both players also played in numerous AFCONS together and were part of the Ghana side that lost the final of the 1992 AFCON to Cote d’Ivoire.

In an interview with Joy FM, he revealed the kind of sacrifice those two legends made for the rest of the team.

“In my time at the national team, Abedi Pele and Tony Yeboah never took their winning bonuses and per diems. They always wanted their share to be distributed among the rest of the team.

"They even gave us money on top and because of that, we wanted to die for them on the pitch. They had families they could have given the money to but they gave it to us instead.

"We knew that we will get money from them even before the administrators pay for us.”

Abedi Pele and Tony were two of the most influential Ghanaian footballers in the 1990s, with both playing top level European football at the time.

Abedi was a star with French giants Olympique Marseille, while Yeboah was also a key figure at Eintracht Frankfurt.