Ghana Could Have Won World Cup With Me, Says Bernard Dong Bortey 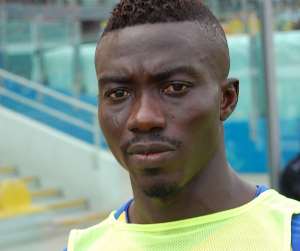 Hearts of Oak legend, Bernard Dong Bortey has disclosed that Black Stars could have won the FIFA World Cup with him if he was handled well.

According to the tough-talking footballer, his own people never believed his talent when he was playing for the senior national team.

Bortey won four Ghana Premier League trophies with the Phobians and was one of the best players to have emerged from the country.

"I am a prophet but people didn’t believe me," he told Accra based radio station Onua FM.

"God brought me here on earth to win trophies for Ghana. Whatever, I say I would do, I make sure it’s done, in one of the matches that I played.

He also performed during the 1999 Fifa U17 World Cup, where he netted three times to finish the tournament as the joint-third top scorer.

Bortey played for Al Wasl FC of the United Arab Emirates, Bnei Sakhnin of Israel, Vietnamese side CLB Song Lam and The Panthers of Equatorial Guinea in a series of brief, unsuccessful stints.

He made a handful of appearances for the Black Stars.