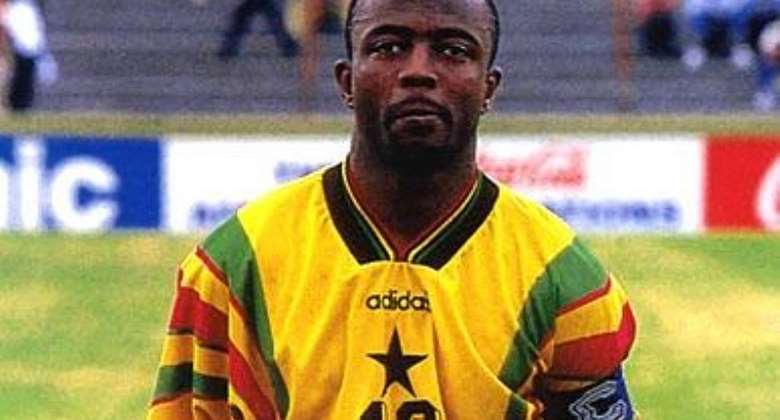 The forward is believed to be rocking shoulders with top European players during his playing days.

He won the Africa Cup of Nations with Ghana in 1982 and the Uefa Champions League with French side Olympique Marseille in 1992-1993.

At the individual level, Abedi won the Africa Footballer of the Year award on three occasions, one of his many personal honours.

“I would say Abedi Pele is the greatest African footballer of all-time because a lot of Africans still believe in him," Laryea told Goal.

"They believe he’s one of the best players Africa has ever seen."

“In his time, he played very well and not only in Ghana. He went to France and up till today, if you go to France, especially Marseille and you mention him, he’s well known and people respect him for what he did on the field.

“In Ghana too he did very well with the national team even though their time they did not qualify to be at the World Cup.

“At the Africa Cup [of Nations] and most of the games that I saw him play, even when the team is down, he lifts everyone up and makes sure the fans and everyone are happy.

“So he’s the greatest. For me, I think he did very well for himself and for the country.”

Abedi was the first players to have left Ghanaian club Real Tamale United (RTU) to Qatari side Al Sadd in 1982, moved to Swiss side FC Zurich, then to Beninese side Dragons l'Oueme before returning to RTU.

In the 1986-87 season, the attacker left for French side Niort, from where he crossed carpets to Mulhouse. He was then snapped up by Marseille, who he represented between 1987 and 1993.

He also played for French sides Lille and Lyon, Italian fold Torino, 1860 Munich in Germany and finally Al Ain in the United Arab Emirates where he retired.

Abedi also won the French league twice with Marseille as well as the UAE Pro-League and President’s Cup with Al Ain.