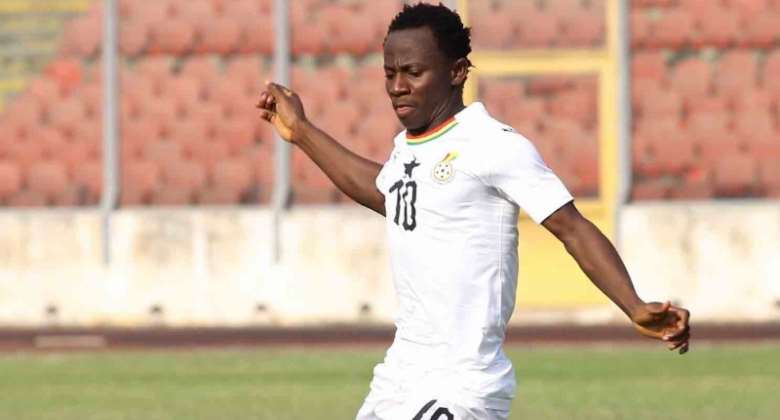 Yaw Yeboah has dismissed media reports suggesting that he said Black Stars Coach, Charles Akonnor, has ruled him out of the senior national team.

Within th week, the promising forward was quoted to have said in an interview with Kumasi FM that Akonnor told him he was not ready for the Black Stars.

But the Celta Vigo midfielder says the media has misconstrued since he did not mean Coach Akonnor said he was not fit for the Black Stars.

"I need to clarify things; people got me wrong. I never said Coach C.K. Akonnor did not see me as Black Stars material," the National under-23 team skipper told Daily Graphic in an interview.

"What I meant was that in that particular call-up for the Sudan game, he did not see me to be ready for it. Coach Akonnor has never told me I am not Black Stars material.

"The senior national team is the dream of everyone but everything lies on the coach; he chooses players who are ready for every game.

"C.K. Akonnor is a great coach and he is like a father to me. He coached me during my formative years at Right to Dream and he knows me so well. When the time is due, he will call me," the youngster stated.

Yeboah has featured in all the junior national teams and is arguably seen as the most talented player of his generation.

He made his Black Stars debut during a friendly against Namibia on June 9, 2019, despite earning his first call-up on August 26, 2016, for a 2017 AFCON qualifier against Rwanda.