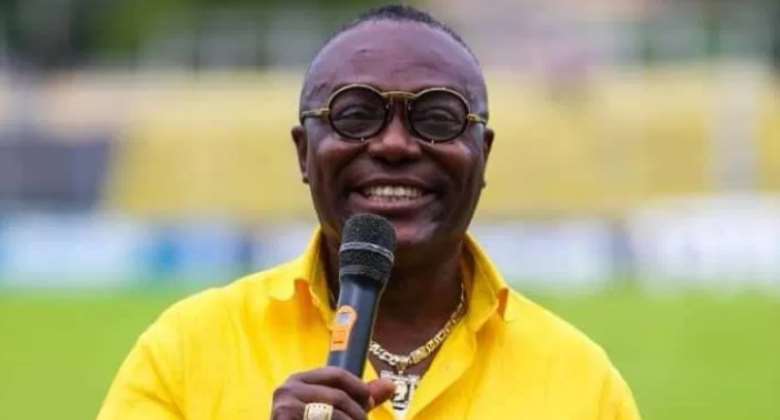 Modernghana Sports can report that the impasse between Ashgold bankroller Dr. Kwaku Frimpong and supporters of the club have been settled.

It can be recalled that before the 2019/2020 Ghana Premier League season was suspended, Dr. Kwaku Frimpong had already announced that he was stepping down as the president of the club.

He was forced to take that decision after supporters of the club hooted at him on the back of the team’s 1-0 defeat to Bechem United at the Obuasi Len Clay Sports Stadium.

Several weeks later, his son, Emmanuel Frimpong has revealed that the standoff between the supporters of Ashgold, and his father Dr. Kwaku Frimpong, has been settled.

Meanwhile, Emmanuel Frimpong, 24, has been appointed as the new CEO of Obuasi Ashanti Gold to replace Frederick Acheampong who has resigned.