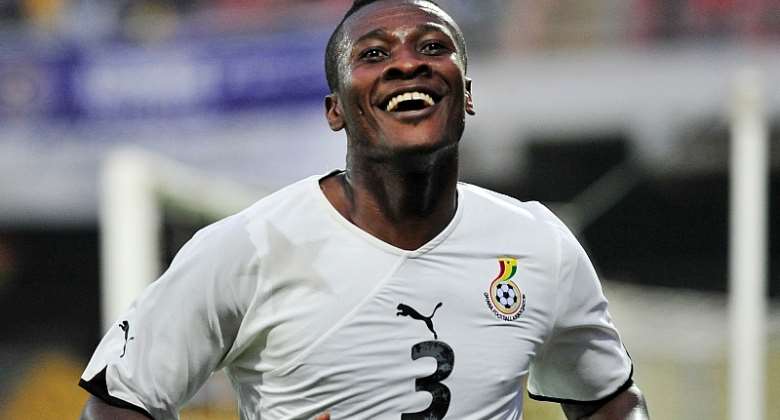 Highly-rated Kumasi Asante Kotoko midfielder, Mudasiru Salifu has revealed that he will not hesitate to hand over his number 3 jersey to Asamoah Gyan should the celebrated striker join the club.

There are growing speculations linking the Black Stars living legend with a move to join the Ghana Premier League giants.

Though it does not seem like it will happen this year, the striker’s confession that he wants to play for the Reds before ending his career means that it is just a matter of time before he seals the transfer.

Known for wearing the number 3 shirt throughout his career, Asamoah Gyan will most likely demand that kit when he becomes a Porcupine Warriors.

Speaking in an interview on the Kotoko Express App, Mudasiru Salifu who currently wears the number 3 jersey at the club says he will happily give the number to Ghana’s leading goal scorer when he joins.

“Asamoah Gyan is my senior man and so I will hand him the number-three jersey and won’t even wait for anyone to tell me to do so”, the midfielder said.

He added, “He is the one that all of us will be looking up to, so I will give it to him once he likes it”.

Watch Mudasiru’s full interview in the video below”