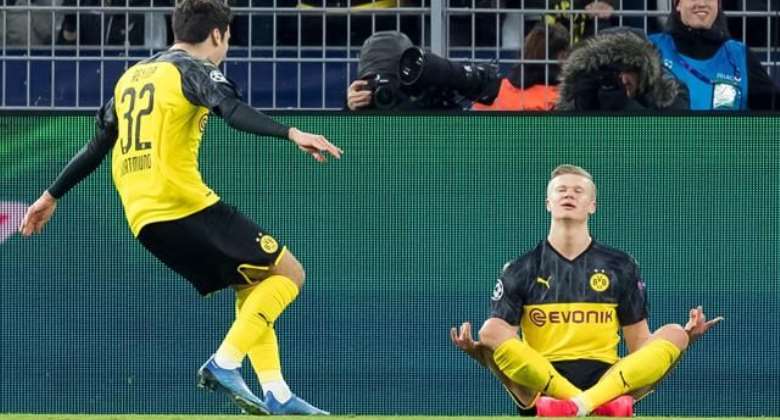 The Norwegian joined Dortmund from Salzburg in January, going on to make a big impact with 12 goals in 11 matches for the Bundesliga club, before the league was adjourned in March thanks to the coronavirus pandemic.

Two of those goals came against Ligue 1 champions Paris Saint-Germain, in the Champions League final 16, in March, giving his team a 2-1 victory before they were eventually knocked out of the tournament in the second leg.

After scoring, Haaland celebrated by sitting cross-legged in a meditation pose, which was then mimicked by Neymar and PSG team-mates in the second leg, though the 19-year-old said he was not phased.

Being mocked by someone of Neymar’s stature in the game might be intimidating to many younger players, but Halaand told ESPN: “I think they helped me a lot to get meditation out into the world and to show the whole world that meditation is an important thing, so I’m grateful for that.”

Speaking of his pleasing start with Dortmund, Haaland said: “I’ve been enjoying it a lotand smiling a lot.”

He added that Cristiano Ronaldo was a huge source of inspiration to him, hailing his dedication and hunger to succeed.

“You could just see it in Ronaldo’s face that ‘today I’m the man’ and ‘today I will score goals’ and that’s what he did,” he said.