I Am Being Treated Like A King In Turkey - KP Boateng 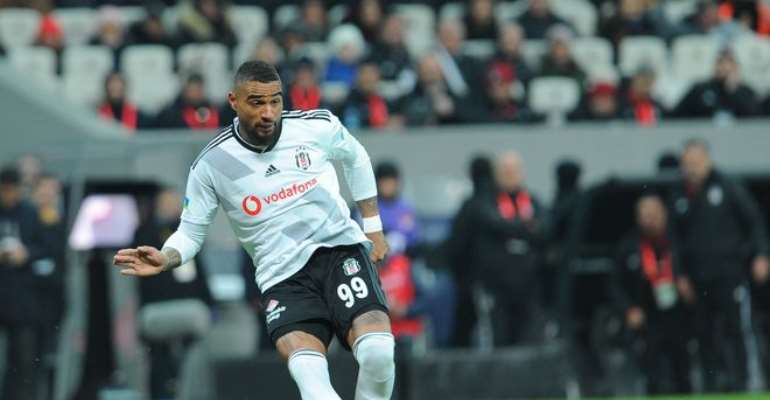 Kevin Prince Boateng has revealed that he is treated like a king in Turkey by fans of Besiktas.

The Ghana international joined the Super Lig side in the winter transfer window and has already become a cult hero for the Black and Whites.

“The fans are positively ill and fanatic,” he told Sport 1. “You can’t just go out on the street, they go crazy,” he added.

“Turkey is one of the few countries where you are treated like a king. The cook comes out of the kitchen to greet you because he is proud that you eat his food. In Turkey, you are a king as a footballer.”

Currently, on loan from Italian side Fiorentina, it is yet to be known if the 33-year-old will be handed a permanent contract after a positive start to his career in Turkey. Boateng has scored twice from six appearances.

The ex-AC Milan attacker admits his integration to life in Turkey was made easy because he grew up in a Turkish community in Berlin.

“I grew up in Berlin with many Turks, I know the mentality and the culture very well,” says Boateng. “That’s why I always wanted to play there.

“When the request came, I said yes immediately.

"You shout at your neighbour a meter further and he doesn’t hear you. That is extreme," he added.