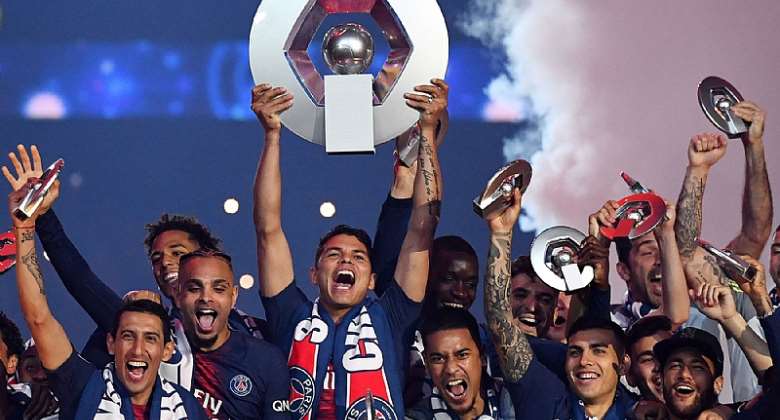 Paris Saint-Germain are set to be named champions of Ligue 1 after the French top flight was brought to a premature end due to the coronavirus.

French Prime Minister Edouard Philippe announced earlier this week that 2019-20 seasons would not be able to finish and that professional sport would not be returning to French life until September.

That left the question of how to resolve the Ligue 1 season with most teams having played 28 of their 38 games.

But L’Equipe reporters are now stating that PSG will be declared champions, as they currently boast a 12-point lead over Marseille with a game in hand. The table's current standings are expected to be adopted as the final standings.

The decision would mean that second-placed Olympique de Marseille and third-placed Stade Rennais would be in next season's Champions League with PSG. Lille, Stade de Reims and Nice would qualify for the Europa League.

Amiens and Toulouse would be relegated with Ligue 2 leaders Lorient, and second-placed Lend, promoted to the elite.

The Dutch Eredivisie cancelled their season without declaring a champion with Ajax and AZ level on points at the top of the table.

The Bundesliga and Serie A both harbour plans to finish the 2019-20 season and the Premier League is also hoping to resume on June 8, according to the latest reports.

If that proves impossible due to the ongoing pandemic, then the Premier League will also have to take a view on title winners, relegation and promotion.