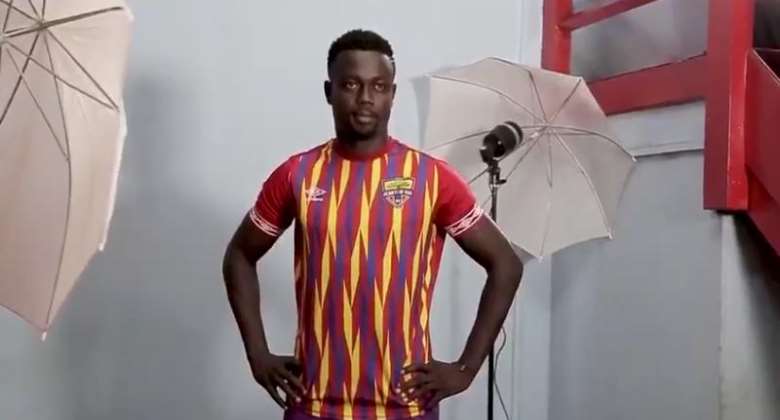 Defensive midfielder Emmanuel Mintah has stressed that he was given bad and unfair treatment during his short stay with Accra Hearts of Oak.

The former Karela United midfielder joined the Ghana Premier League giants in 2019 on a free transfer when Kim Grant was the first team coach as well as the Director for sports.

After failing to break into the first eleven of the Hearts of Oak team at the start of the 2019/2020 football season, he was shorty shown the exit door after his contract was terminated.

Shedding light on his ordeal, Emmanuel Mintah has emphasized that he was seriously not treated well by the Rainbow club.

“Seriously I will say I was not treated well at Hearts. They can never tell me my performance was the reason why they terminated my contract”, Mintah said in a recent interview.

“I know few players who struggled at their first season at Hearts of Oak but managed to sail through.

“I signed a two-year contract but they only gave me a three months’ salary and a year compensation which is not fair but I love the club and wanted to play for them wholeheartedly and not because of money”, he added.

Emmanuel Mintah who is now a free agent is wanted by Karela United and could end up playing for the Anyinase-based club when the football season resumes in Ghana.