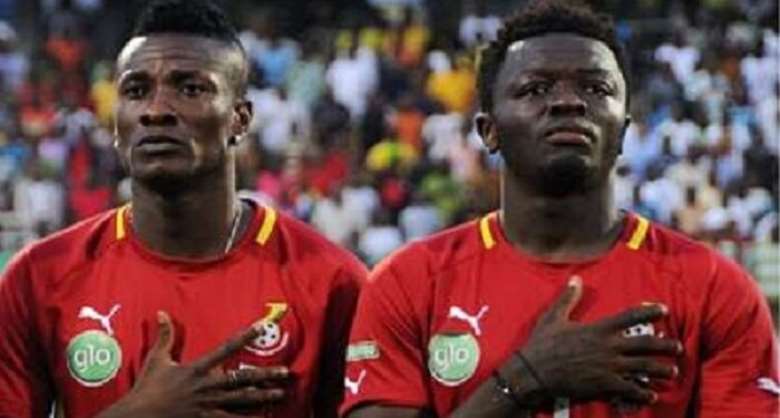 Former Black Stars B captain, Isaac Twum is backing the idea of having experienced players such as Asamoah Gyan and Sulley Muntari playing in the Ghana Premier League as he explains it will raise the standards in the league.

In the past week, there have been talks of these players and even more returning from abroad to feature for the clubs in the West African country.

While speculation has it that Hearts of Oak could land Sulley Muntari, there are growing calls for Asante Kotoko to also look sharp and secure the services of Asamoah Gyan.

Speaking to Bryt FM on Thursday, former Inter Allies captain Isaac Twum has thrown his weight behind the idea of having these top players in the league even though they are heading towards their retirement.

According to the IK Start midfielder, the addition of these players in the local league will help in the development and promotion of the league in the country.

“The return of Gyan and Muntari in the GPL will help a lot. Even players plying their trade in the local front will be extra motivated to share the field with these stars. Again, their influence will also help the clubs to generate money, so I will entreat clubs not to rule out on players who have seen it all”, the 22-year-old said.

He added, “Those players participating in the league will raise its standard and also people will be excited to watch”