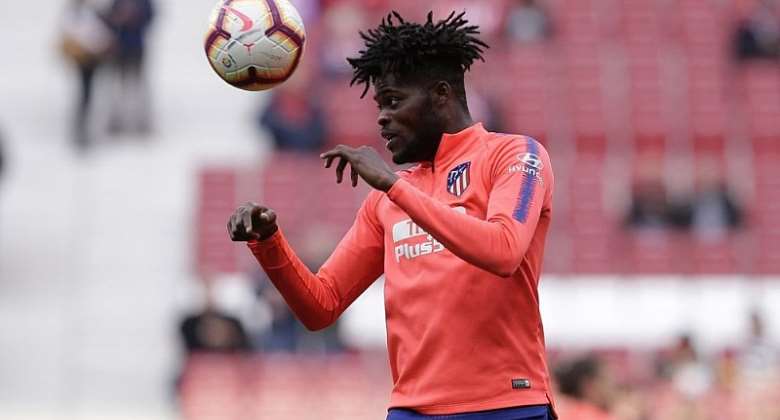 Partey, 26, has been a subject of interest from a host of clubs including Arsenal, Inter Milan, and AS Roma but the latest to join the queue for his signature in June are the French Champions.

During a live program on social media platform Periscope on Monday evening, renowned French sports journalist, Mohamed Bouhafsi, of RMC, who is very close to PSG, revealed that the club's sporting director, Leonardo Araujo, was keen on getting Partey this summer as he seeks to beef up his midfield.

Initially, PSG were courting Napoli's Fabian Ruiz but the Serie A side made it clear over the weekend that he will not be sold for anything less than 100 million Euros making the Ligue 1 club to switch attention to Partey who could be a cheaper alternative.

The Ghanaian's current contract with the ‘Rojiblancos’ expires on June 30, 2023, but they are locked in talks for possible extension with his personal wages set to be increased and his buy-out clause pegged at 80 million Euros from the initial 48 million Euros.

Partey has been the fulcrum of the Atletico Madrid team this season making 24 La Liga appearances scoring twice whilst in the UEFA Champions League he has played eight games scoring once.